GIMP’s port to macOS is getting some long-deserved love again thanks to Alex Samorukov who’s been contributing to both the gtk-osx project and GIMP. There’s continuous integration work for macOS in progress to be announced soon. Meanwhile, Øyvind Kolås continues progressing towards CMYK support in babl and GEGL. Baby steps…

The GMIC team made a bugfix v2.4.1 release without new features. Upgrading much recommended! 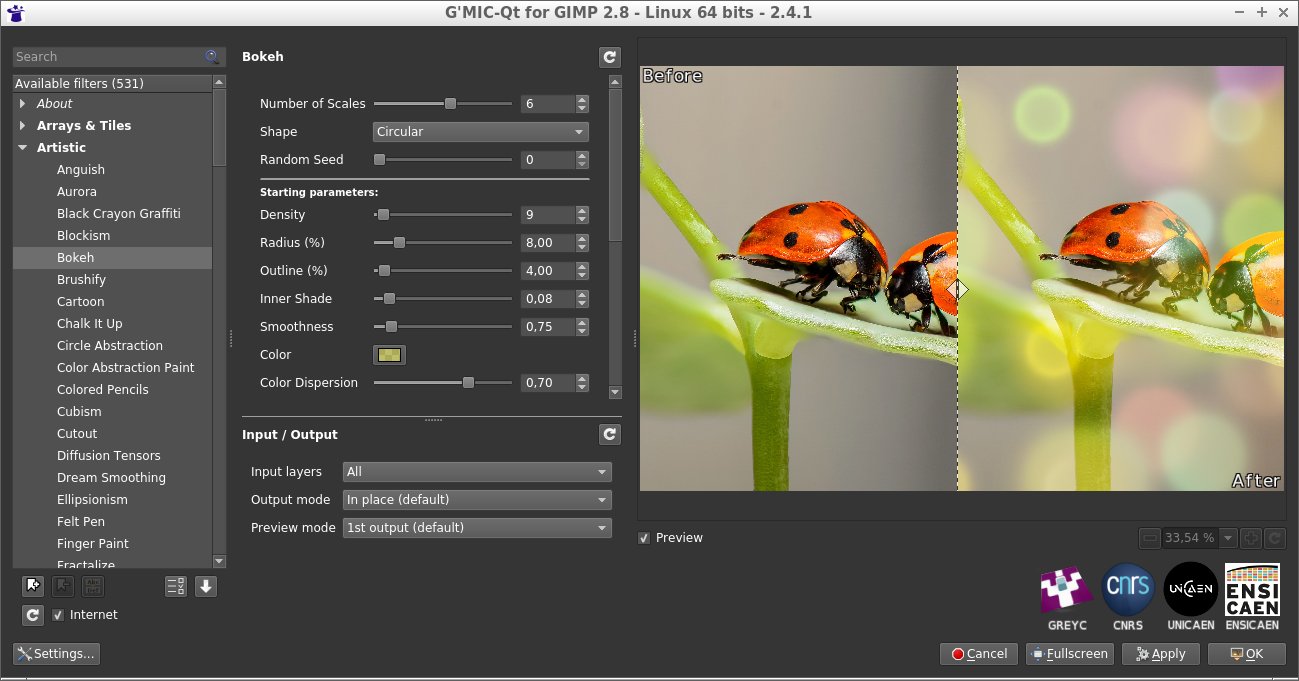 The Krita team is mostly fixing bugs for the upcoming v4.2 release. But they also started revisiting the idea of introducing better support for HDR imaging, including support for HDR displays. Right now, they handle HDR-to-SDR use cases with OpenColorIO (GIMP’s approach is using a custom ACES RRT display filter). It goes further than that though. Check out the full thread on Phabricator. Another new thing is centralized caching of resources and storages.

The sK1 team made yet another pre-release of v2.0 featuring file managers support across operating systems. 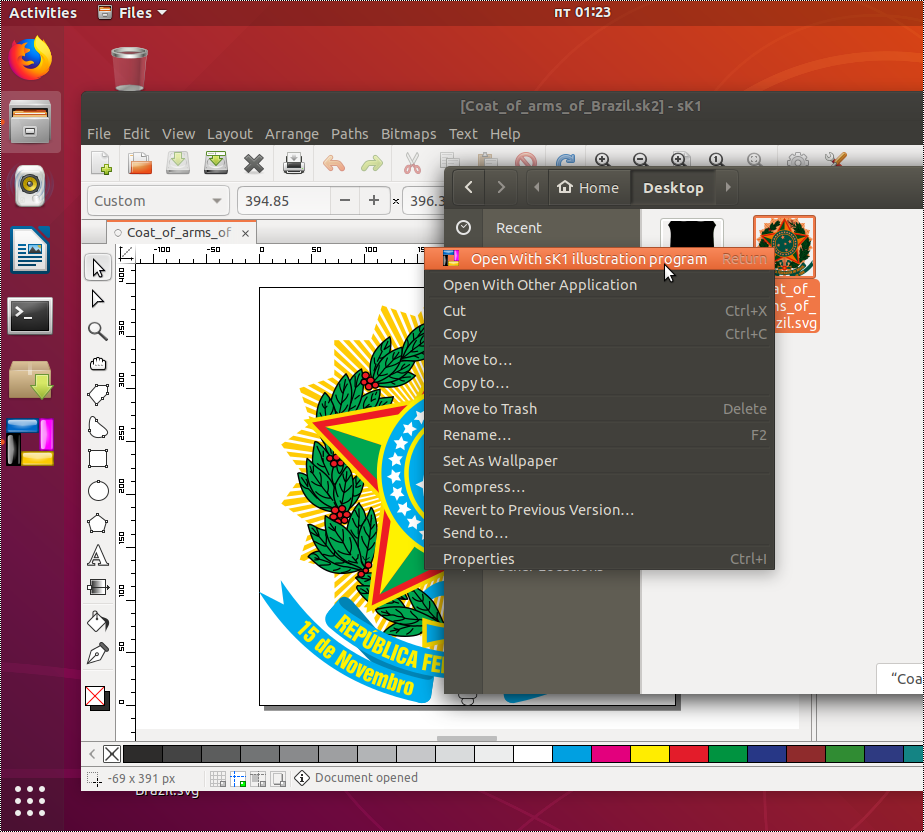 Last but not least, WebP support is finally landing to Firefox 65! We probably won’t see the end of GIFs any time soon (‘Cat WebPs’ doesn’t roll off the tongue just as smoothly), but it’s a start.

It feels positively weird to say, but one of the two big Blender news this week was the introduction of a vertical toolbar for the properties dock. The change was made by Julian Eisel who’s behind many other UI improvements in Blender 2.8.

Note that you can quickly switch between the tabs by hovering the vertical tab and using Ctrl + mouse scroll.

So far, people seem to want babies with this new feature, although jokes were really inevitable.

Using advanced extrapolation I present to you the user interface for Blender 3.0 #b3d pic.twitter.com/DLvXmMZxlj

The second most important change was newly added cryptomatte support in Cycles (original patch was submitted by Stefan Werner in 2017). Zacharias Reinhardt was quick to record a demo of the new feature. 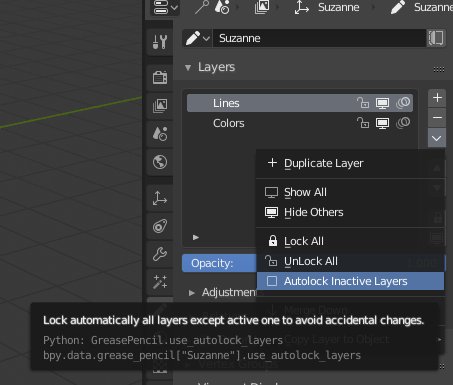 In less programming-flavored news, Blender Development Fund is now well over $13K a month. This is still behind the first milestone of being able to pay 5 developers' salary ($28K a month), but still a great start. 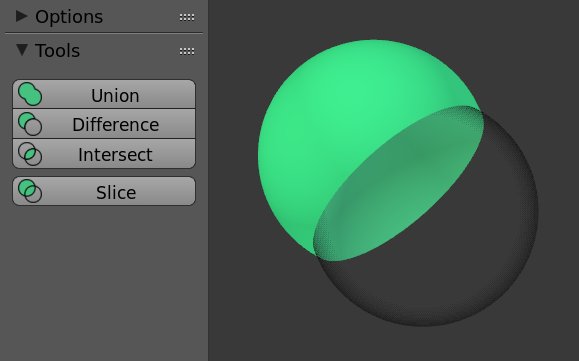 Aku Kettunen is teasing people with a preview of his Blender add-on that mirrors metaballs for quick prototyping.

Dealga McArdle is also teasing people with the port of Sverchok for Blender 2.8.

But probably not as much as Pablo Dobarro who added symmetry preview for sculpting. His patch has been submitted for review next to his earlier patch that adds a new brush cursor with surface normal and vertex preview.

Soft8Soft kept the promise they made at Blender Conference and did a pre-release of Verge3D 2.9 with support for Blender 2.8 and Eevee.

Pre-releases are a new thing they are trying. Having both enterprise customers who want it stable and cooked, and a community that wants access to the latest and greatest, they expect to ship both pre-releases and stable release to users now.

For FreeCAD, the big news is that the project has finally entered feature freeze for v0.18. No more new features, save for Assembly3 which should finally make it to an official release. (Edit: Assembly3 will be merged some time after 0.18 release.) Yorik van Havre detailed that and some changes in the Arch workbench in his public monthly report on Patreon. He also posted a new video about producing 2D drawings from 3D models, placing dimensions, hatches, and annotations.

The code was originally written by Torsten Paul in 2016 and then put on the backburner. He recently returned to it and made quite a few updates to complete his work. You will need lib3mf from the 3MF Consortium.

There’s no telling when the new release will happen, but the team recently started tracking their progress with GitHub Projects for the next release. For a preliminary changelog, please see this page.

QGIS 3.4 was released last week with a very impressive amount of changes (note that this is work-in-the-progress release notes). Lutra Consulting made a very nice overview of 3D features in this new version, including keyframe-based animation, new Identify Tool in 3D map, more camera control etc.

The Pencil 2D team did a 2 hours long live session on YouTube covering results of the Hacktoberfest and answering users' questions.

The Synfig team posted their own weekly report. In a nutshell, they integrated video importing with the rendering cache system which made it possible to scrub/playback cached segments on the timeline smoothly.

They also improved video rendering defaults by switching to AVI/MPEG4 and added GIF importing (lightsabre cats are probably not the best example, but it’s good fun).

Good news, everyone. There’s a Flowblade 2.0 release coming soon. Janne Liljeblad recently announced strings freeze, and that means no user-visible features will be added or changed much.

Igalia started publishing videos from GStreamer Conference 2018, where Thibault Saunier talked about the state of video editing features, using Pitivi as the app primarily benefiting from the relevant changes (he is aslo lead developer of Pitivi).

Judging by the official roadmap, the Pitivi team is still planning v1.0 release for Q4 2018. According to the gitlab board, they are 89% done in terms of bug reports and feature requests. 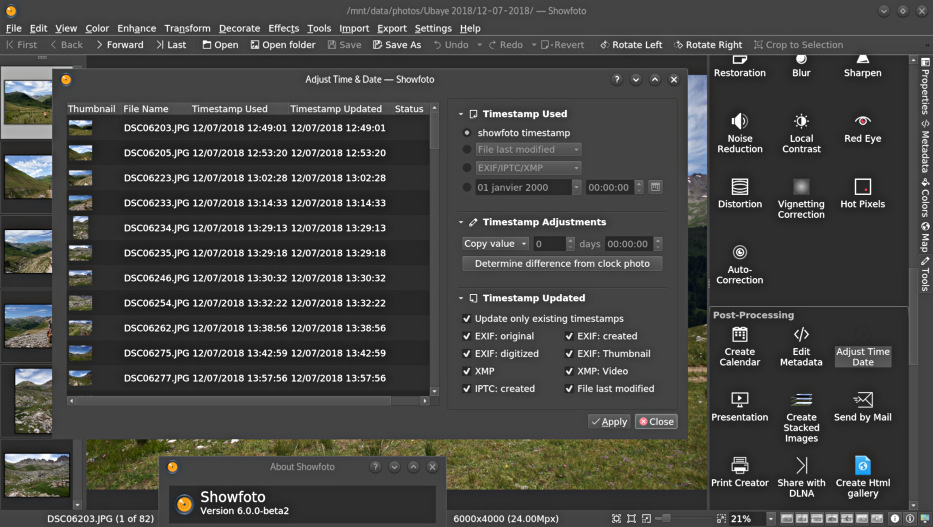 The darktable team mostly worked on improving the existing feature set, which makes sense, because they tend to make major releases around Christmas time, and we are less than two months away from that time of the year already. 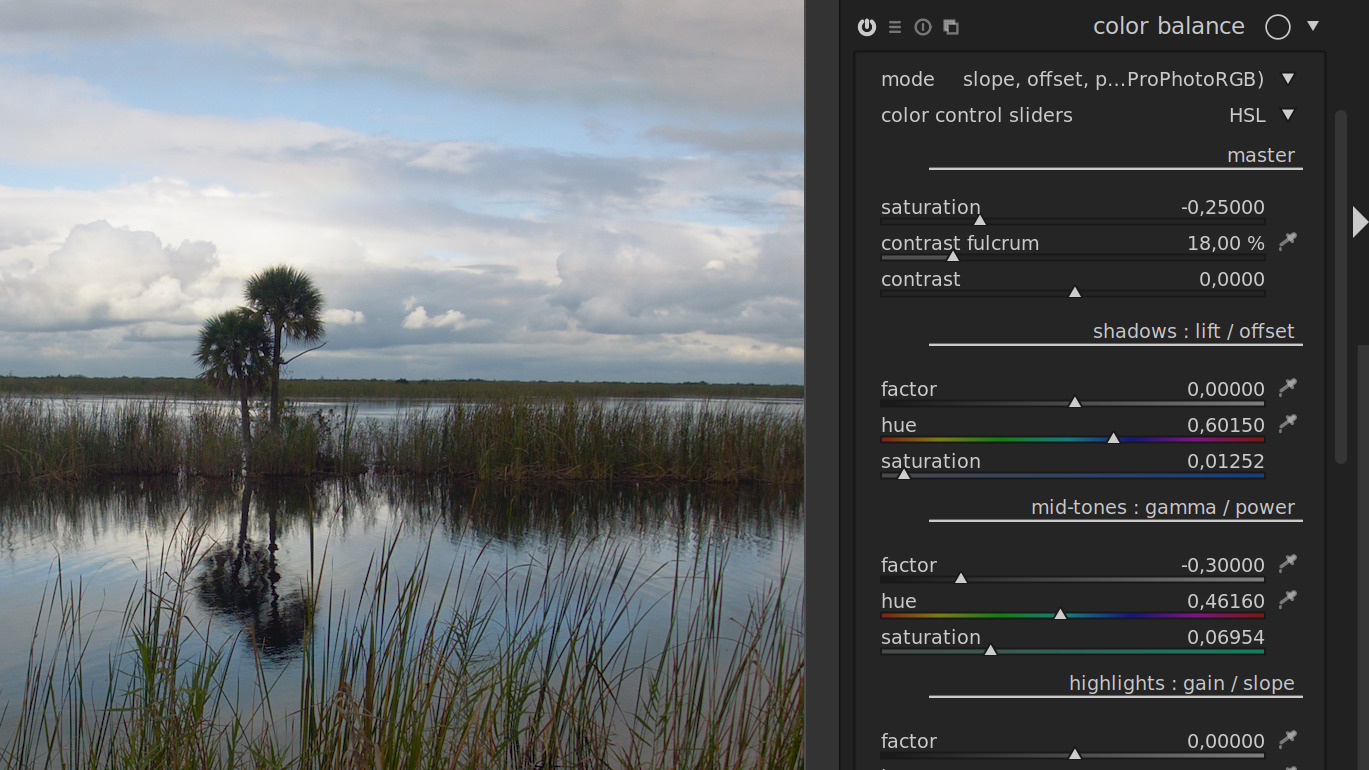 There have been a few nice timelapse Krita tutorials. Sergey (grafikwork) posted a new Krita painting timelapse for his recent ‘Coffee break’ work.

And the other one, ‘Halloween Pumpkin - Jack-o’-lantern in Krita', is by Digital Drawing channel on YouTube. 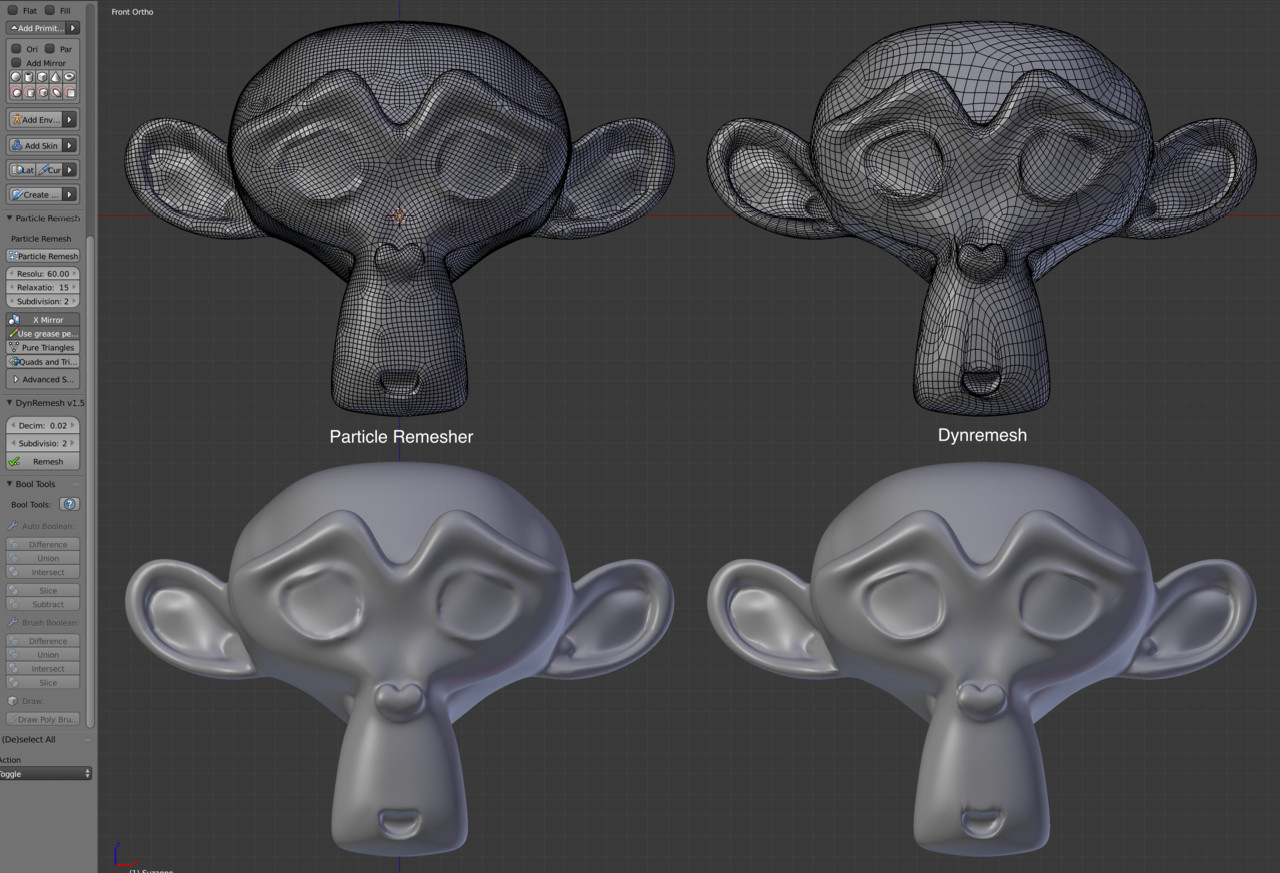 Metin aslo made another post explaining realistic Specular value in the Principled BSDF.

Nathan Lovato posted a new tutorial explaining how to use search and other tools to quickly find files and properties in the Godot game engine.

In other news, Nathan’s course on Godot 3 is now complete.

After an eventful summer, David Revoy is back on track with the production of the Pepper & Carrot comics. Issue 27 is now out, produced with Krita (and a bit of Inkscape) as usual. 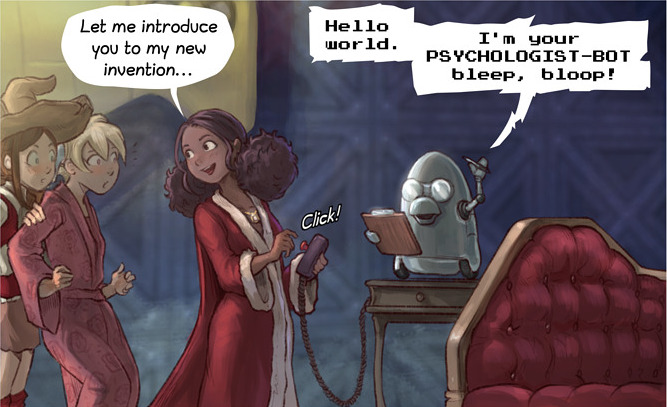 More than that, Krita is now cool enough to poke fun at Thor himself! 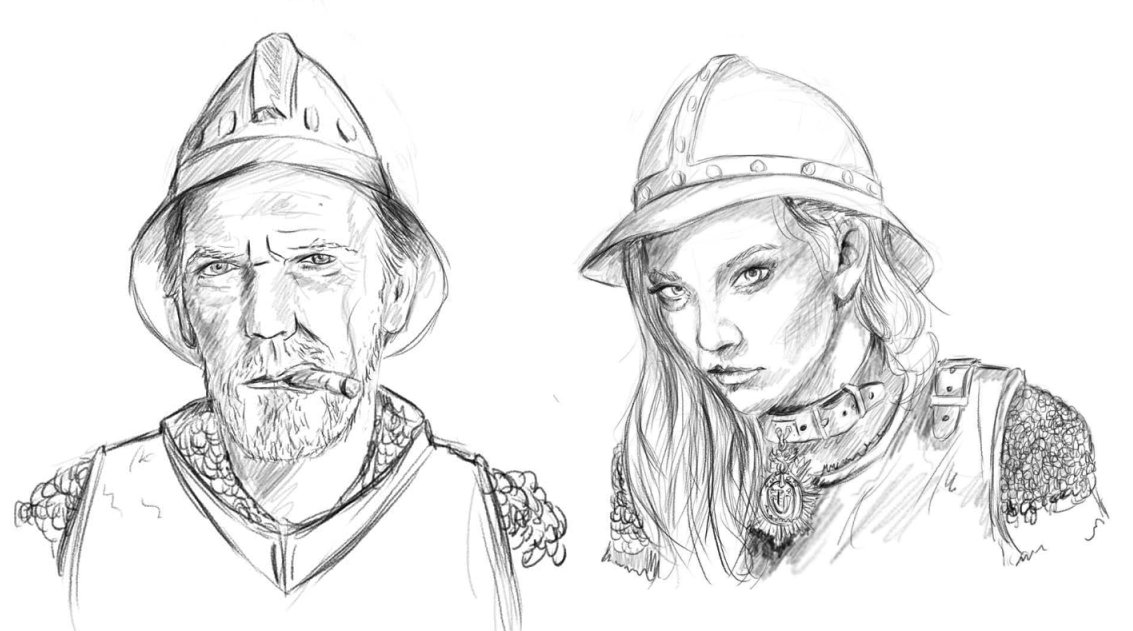 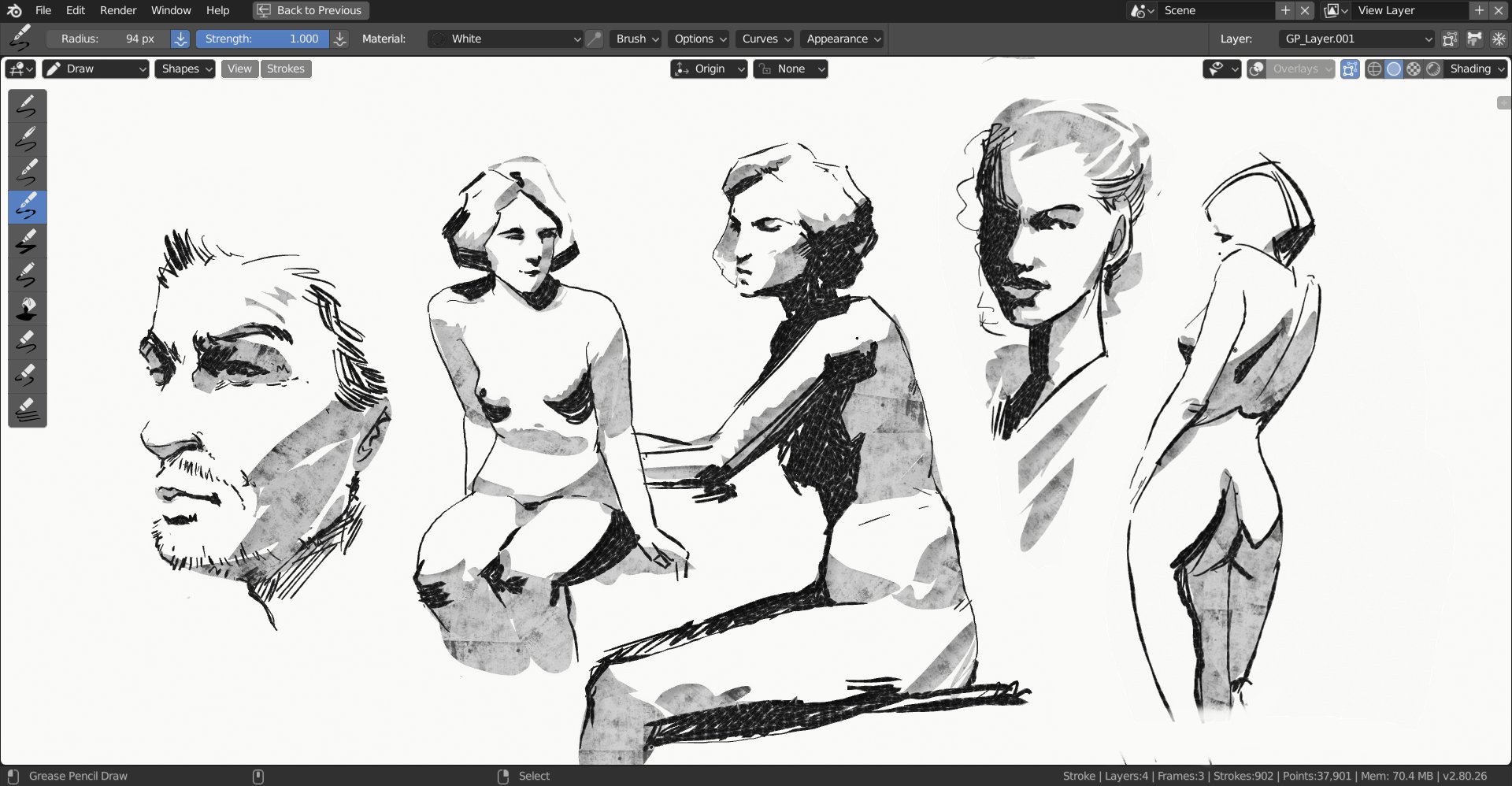 He’s not the only one though. Pepe-School-Land, an animation school based in Barcelona, posted some videos made by their students with Krita and Blender’s Grease Pencil.

Trying out some @texturehaven textures in #Eevee #b3d Went all inception on a simple underpass! :D The fun that can be had in realtime! :D pic.twitter.com/qOsNpYVm45 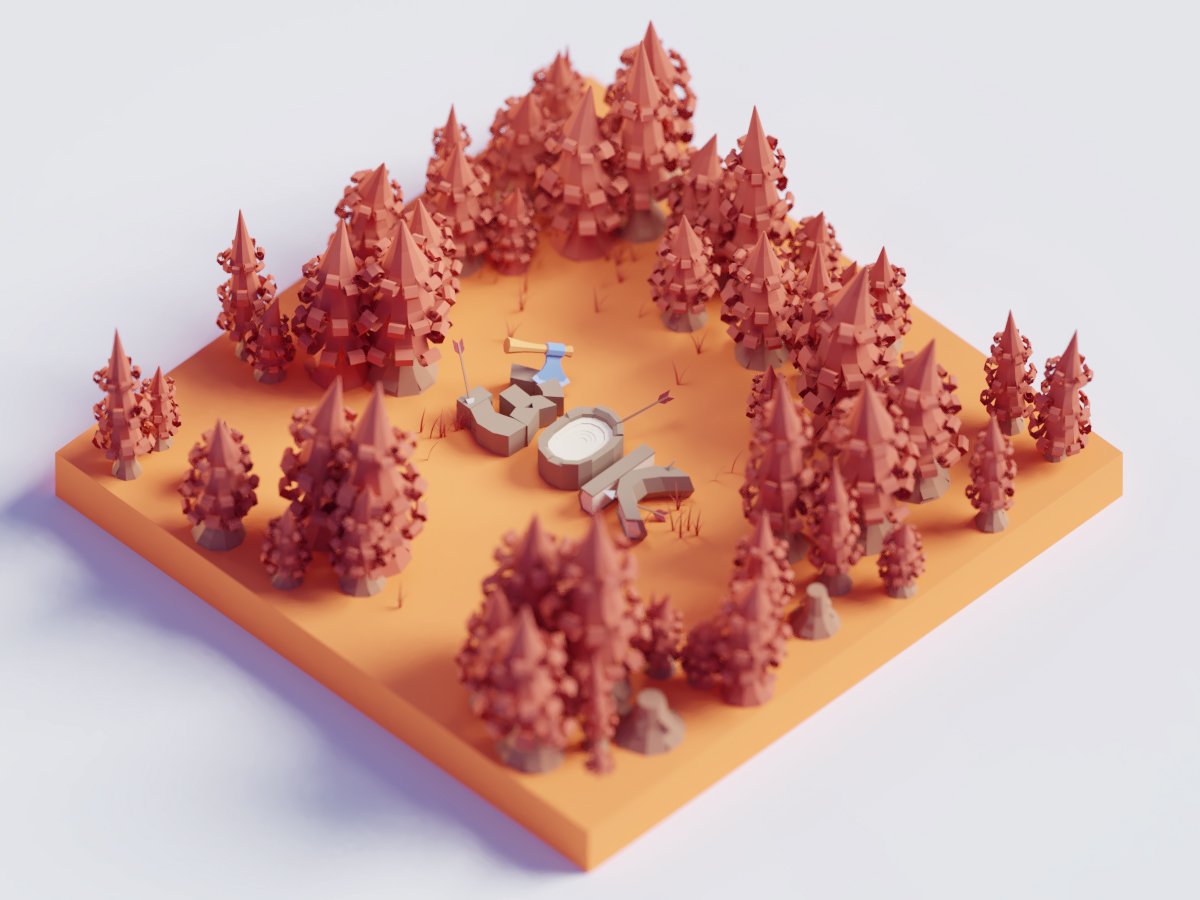 EriS made quite a splash with his demo of a stylized river shader for Eevee (folowing another popular post showing cartoonish fire). Follow this Twitter thread for details.