There have been just so many news since my last week recap. Unfortunately, these days, I have to prioritize for my family. So this is going to be an update that covers both recent and not so recent events. Meanwhile, I’d rather skip the Blender 2.90 release because it’s been covered so extensively, and v2.91 is in beta now anyway.

Here is the full list of changes. And here is a video:

MyPaint got several nice updates in the past several months. If you’ve been missing numeric input for values, you can now double-click on a slider to get this: 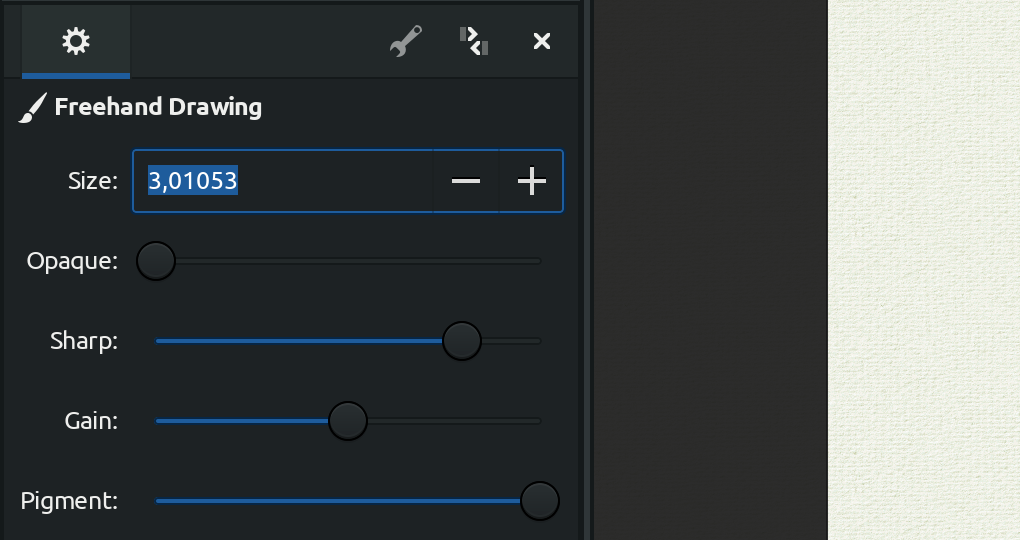 You can also use the Shift modifier to enable precision mode where the same amount of force will change the value in smaller increments.

Frame dimensions can now be edited in the sidebar rather than in the modal dialog: 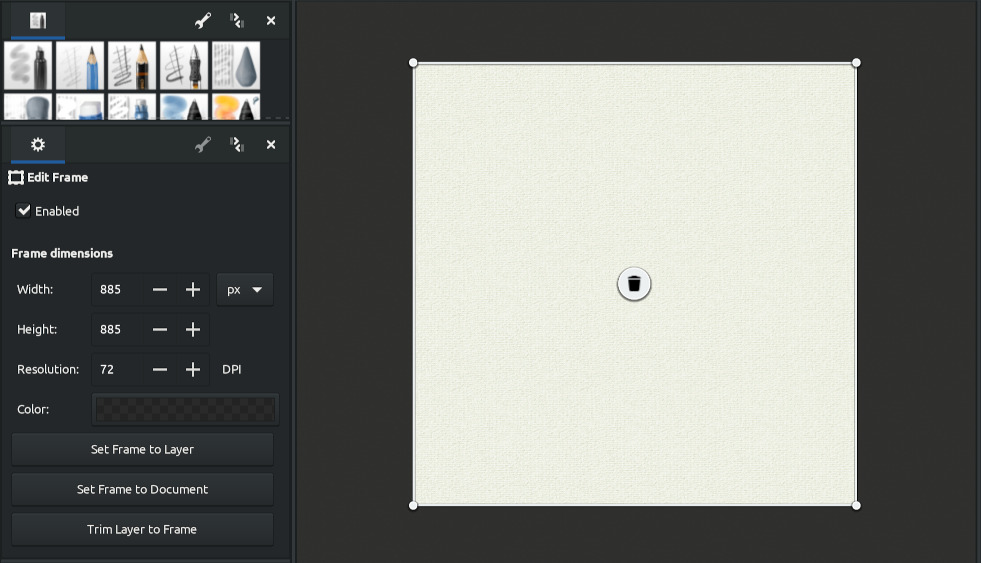 One new feature added back in July that I haven’t figured out yet is brush resizing by dragging on the canvas. The commit message is unspecific, and all modifiers I’ve tried don’t do anything like that. Let me know if you manage to make it work!

Something I did not expect happening was me taking a rare spare evening to go through patches and bug reports for Fontmatrix, applying as many fixes as possible, and tagging the first release in 11 years.

It comes with a basic Qt5 port, an update to match Unicode 13.0 coverage, a bunch of UI changes made by Pierre Marchand around 2011, and all sorts of fixes contributed by wonderful people who stopped by long enough to help with this or that. 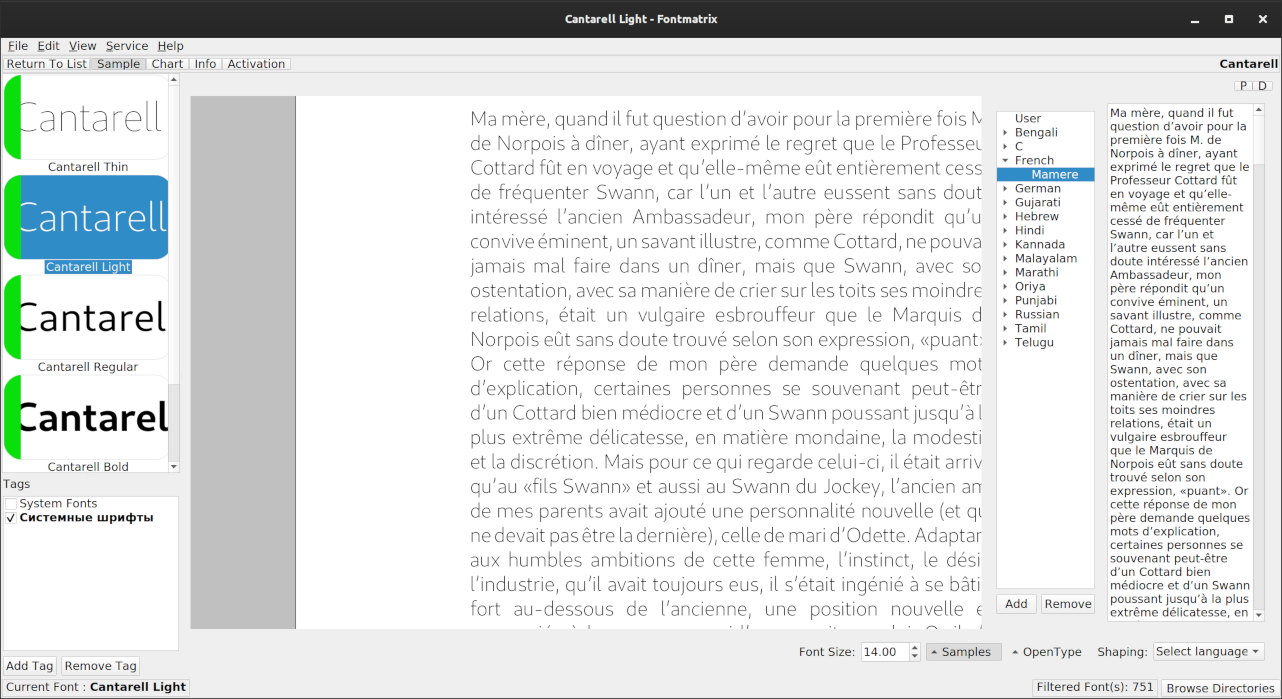 The sad fact is that there is no real developer working on Fontmatrix today. I was never involved with the project beyond fixing some UI stuff, writing docs, and translating the program into my native language. The only reason I tagged the release is that people actually wanted to access the latest stuff available while their distros were only shipping version 0.6.0 from years and years ago.

When Pierre left the project, there was a lot of unfinished stuff there. Ideas he started playing with but never completed. New features that never stabilized. Loose ends all around. I mean, it even ships with a local copy of harfbuzz from 13 years ago. And you really don’t want looking at some parts of the UI on a HiDPI display. Still, I believe this had to be done.

Michael Murphy (of System76 fame) released FontFinder 2.0.0, an application for browsing and installing fonts from Google’s typefaces directory. There aren’t major new feature in this release, contrary to what you’d expect from a major update. Still, if you use it, you might want updating.

Perhaps, the most visible change so far is the complete reorganization of effects in the darkroom mode. It now defaults to four groups: active, technical, grading, and effects. 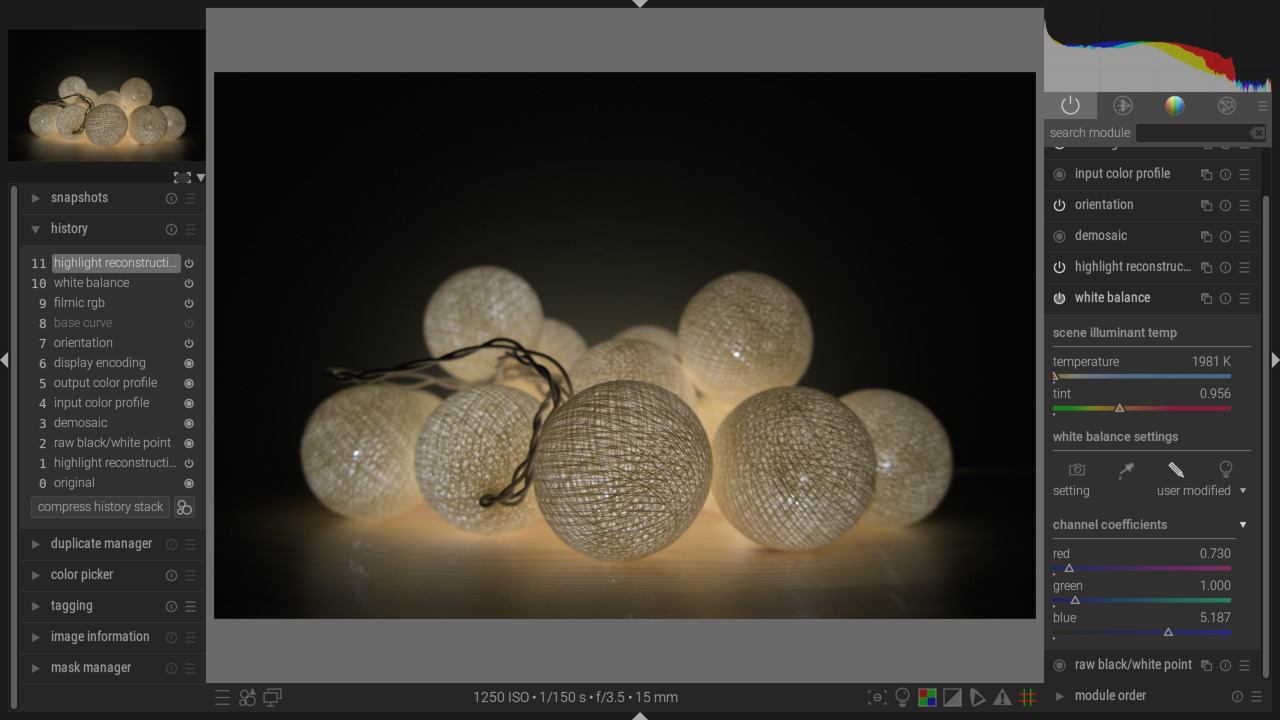 The really huge difference is that you can now reorganize effects however you like, make custom groups, assign icons to them etc. And you can switch between this kind of organization presets. 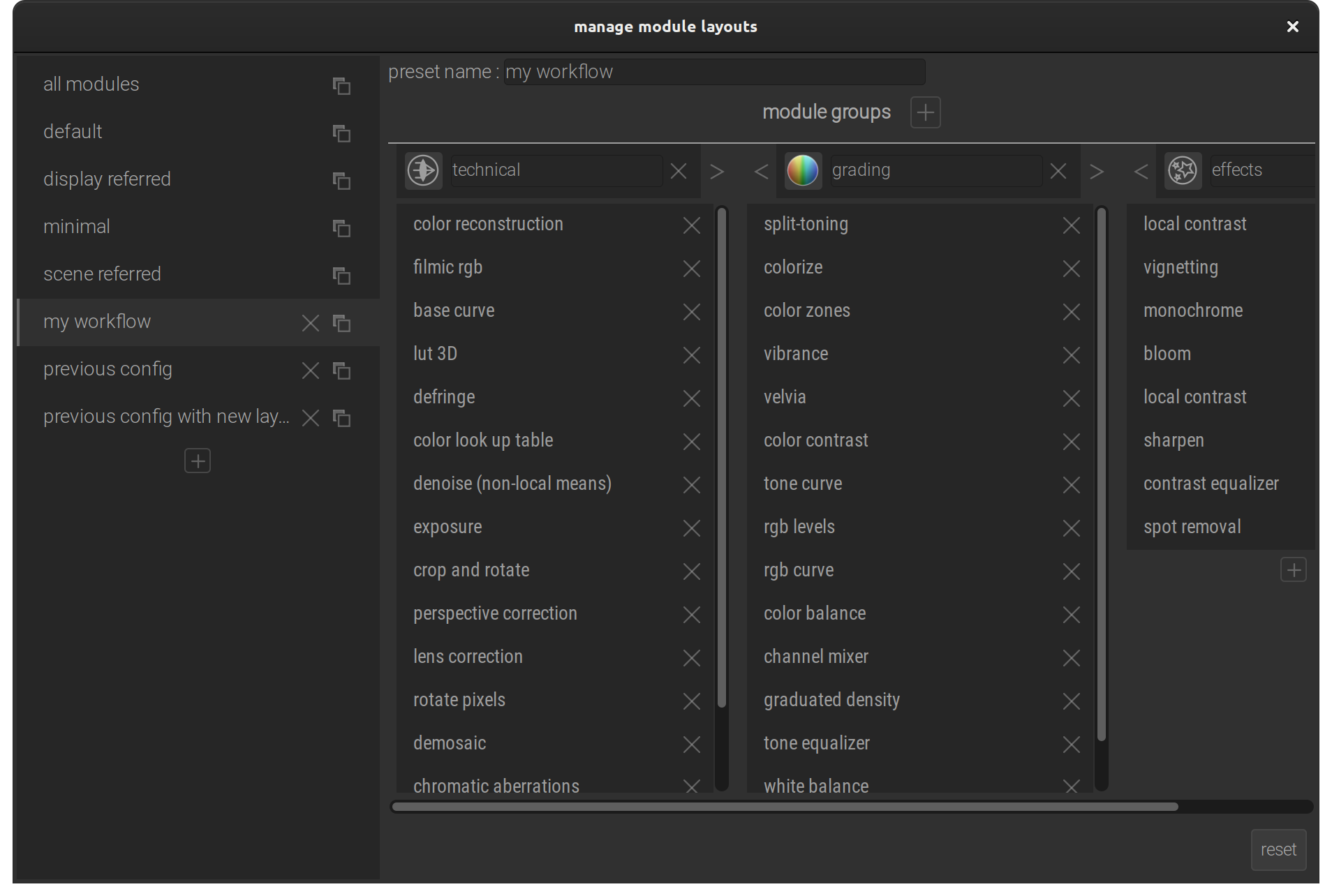 A few more things left to mention. Ralf Brown added a new implementation of nonlocal-means denoising. Hanno Schwalm added basic monochrome image workflow. And another thing you can see on the first screenshot above: Hubert Kowalski says it’s no big deal, but people have been waiting for colored white balance sliders in darktable since forever, and they are now getting both that and a few other improvements. See the PR thread for technical details if you want to know the background.

One fun little project I had some time to get to know recently is Filmulator, a program for developing raw photos. It’s kind of intentionally stripped down to essential features. You don’t get things like sharpening or a blemish removal brush but you do get some interesting controls over tonal reproduction. Here is the list of changes. 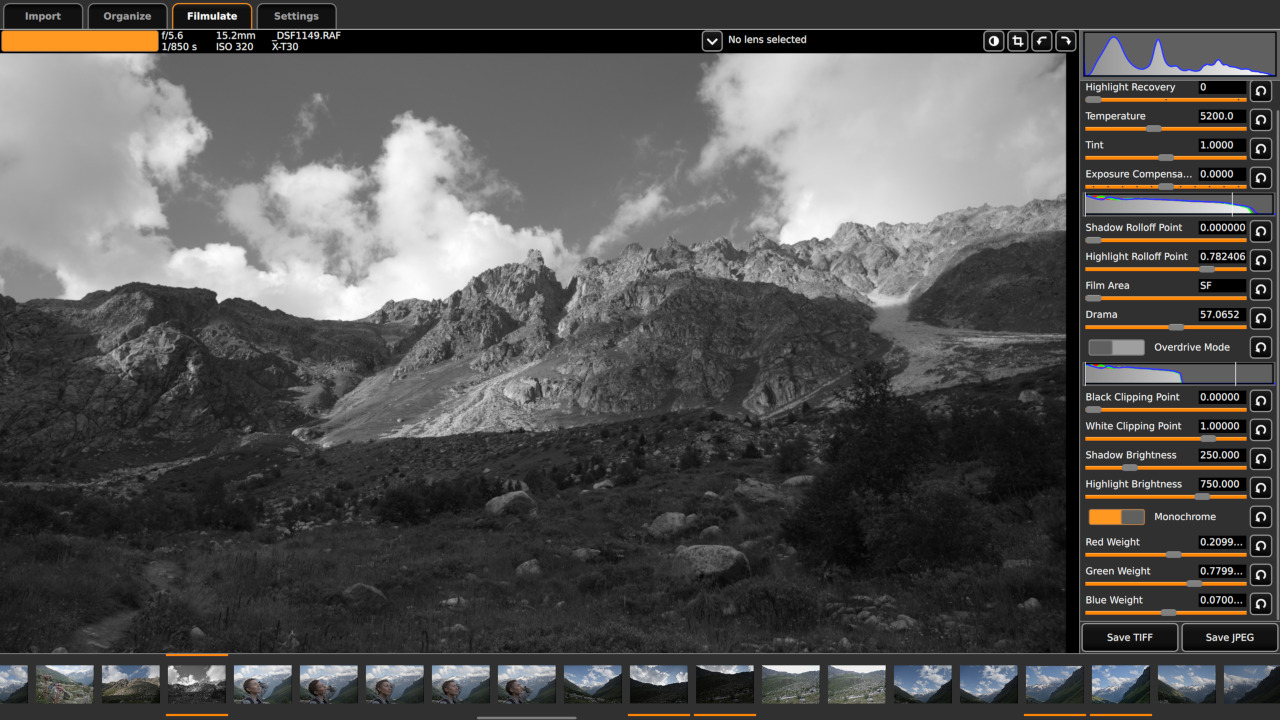 Meanwhile, Blender Foundation is now official Associate Member of The Khronos Group. Here is how Ton explains what that means for the project:

The benefits are very practical; Blender uses open standards, these standards are being designed and upgraded by Khronos groups. We now get information early and can help shaping new versions of standards.

There have been two BlenderBIM releases lately, Dion Moult is really on fire! I find it hard to pick even a few changes out of dozens and dozens (and dozens), help yourself :)

But that’s not all. Ladybug tools for Blender is now a work-in-the-progress project. It’s easy to see why Dion Moult is so hell-bent on turning Blender into a world-class BIM tool. Blender is a just a spectacular platform for building complex things.

QCAD 3.25 is out. The property editor now displays total area of mixed selection of polylines, arcs and circles, and the PDF exporter can now generate PDF/A-1B files. As usual, there are more changes in the non-free professional edition.

There’s a new workbench called Mechatronic available for FreeCAD, It comes with a library of parameterizable mechatronic components like a shaft holder, a breadboard, a linear guide etc. See here for more info. 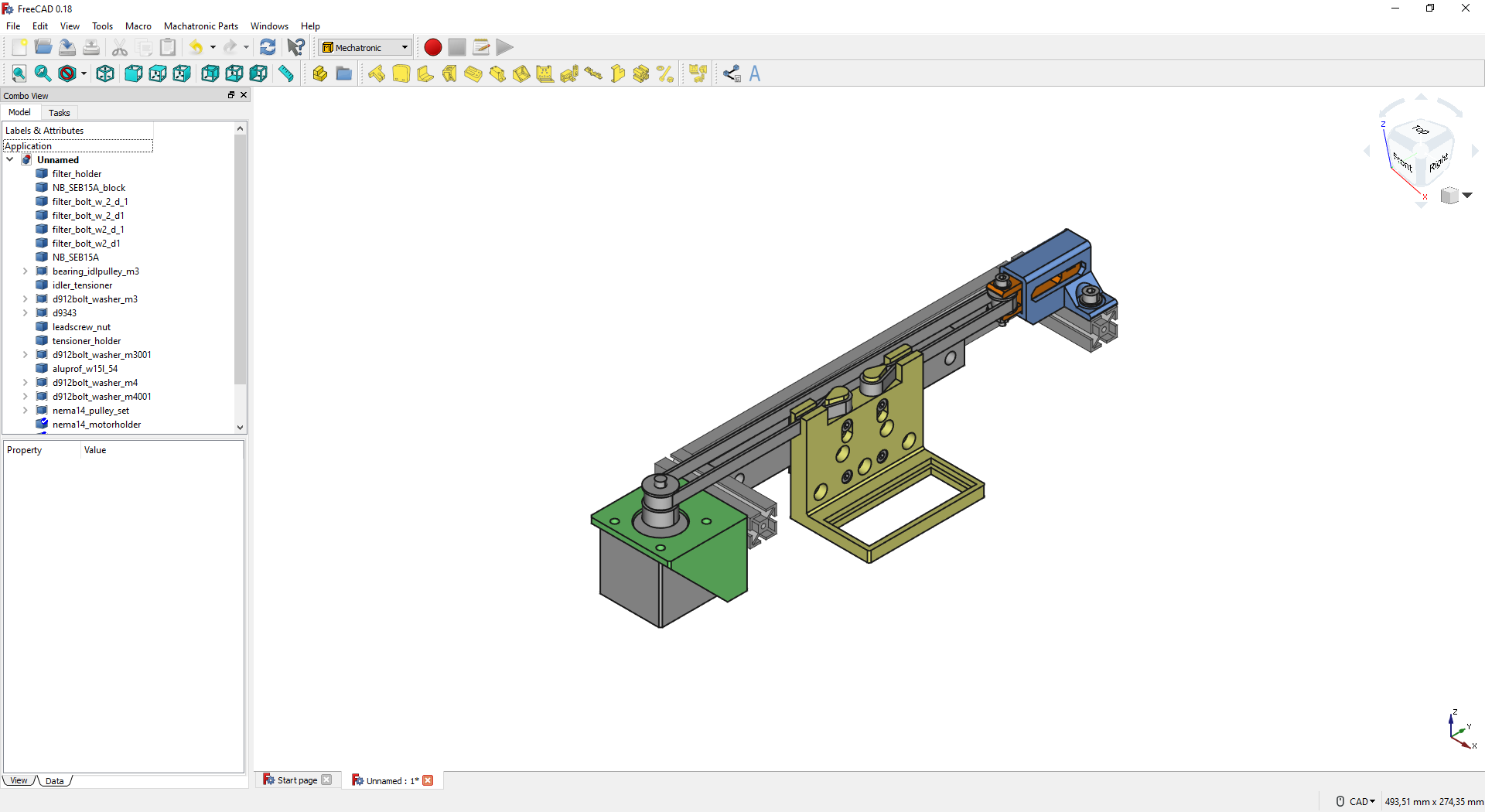 The benefits are very practical; Blender uses open standards, these standards are being designed and upgraded by Khronos groups. We now get information early and can help shaping new versions of standards.

LibrePCB 0.1.5 is out with major improvements like copy-pasting finally working in schematic and board editors. See this blog post for details.

KDE.news recently ran a great interview with Gina Häußge, principal developer of OctoPrint. If you are into 3D printing, you should definitely check it out.

Shotcut 20.09.13 is out featuring new Blur: Pad and Text: Rich filters. It also comes with new default layoots and and easy switcher between those, following a similar change in Kdenlive recently.

MattKC posted a long, detailed update about the state of affairs with the big rewrite of Olive. I think it’s vastly more important than all the recent changes in the git repo (save for newly added OTIO importing maybe). TL;DR: rewriting is overwhelming, the combination of changes has probably never been tried before by anyone, the progress is OK.

Kdenlive 20.08.2 was recently released with a little more than bug fixes. Automatic scene split made its comeback and the Crop By Padding filter was added. See here for the full log of changes.

While Paul Davis is focused on the nutempo2 branch in Ardour (to allow freely switching between editing in musical time and samples domain), Lucian Iam resumed his work on the WebSockets based surface for controlling Ardour from a web browser.

Meanwhile, Ayan Shafqat added code for ARM NEON optimized routines, same as the previous time with AVX instructions — for finding and computing peaks, applying gain to a buffer, and mixing buffer with and without gain. All of that is now available in Ardour 6.3 along with other changes.

One really huge new feature that is making it to the next release (v6.4, presumably) is the much anticipated VST3 support. I’ve tested that with recent release of Surge and Dexed, and it works like a charm. You get MIDI in and audio out. You get automation for controls etc. It seems impossible to see the list of built-in presets in the host’s own drop-down list. But let’s be frank: huge synths tend to have categories for that, and a flat list just wouldn’t cut it anyway.

There have been several new releases of Zrythm since my last recap. Some of the highlights are:

The sfizz 0.5.0 sampler/synth was recently released. Some of the major changes are support for Flex EG opcodes by ARIA and LFOs as modulation sources, an actual custom GUI (built with DPF), support for reverb, gate, distortion, and compressor effects, and more. See here for more.

In an unbelievable case you missed a PipeWire development update, here is where you can find it. Newsworthy quote:

As Wim reported yesterday things are coming together with both the PulseAudio, Jack and ALSA backends being usable if not 100% feature complete yet.

Luciano Muñoz posted an introduction to Grease Pencil in Blender:

Unfa on making voiceovers with Ardour 6 and free LV2 plugins: 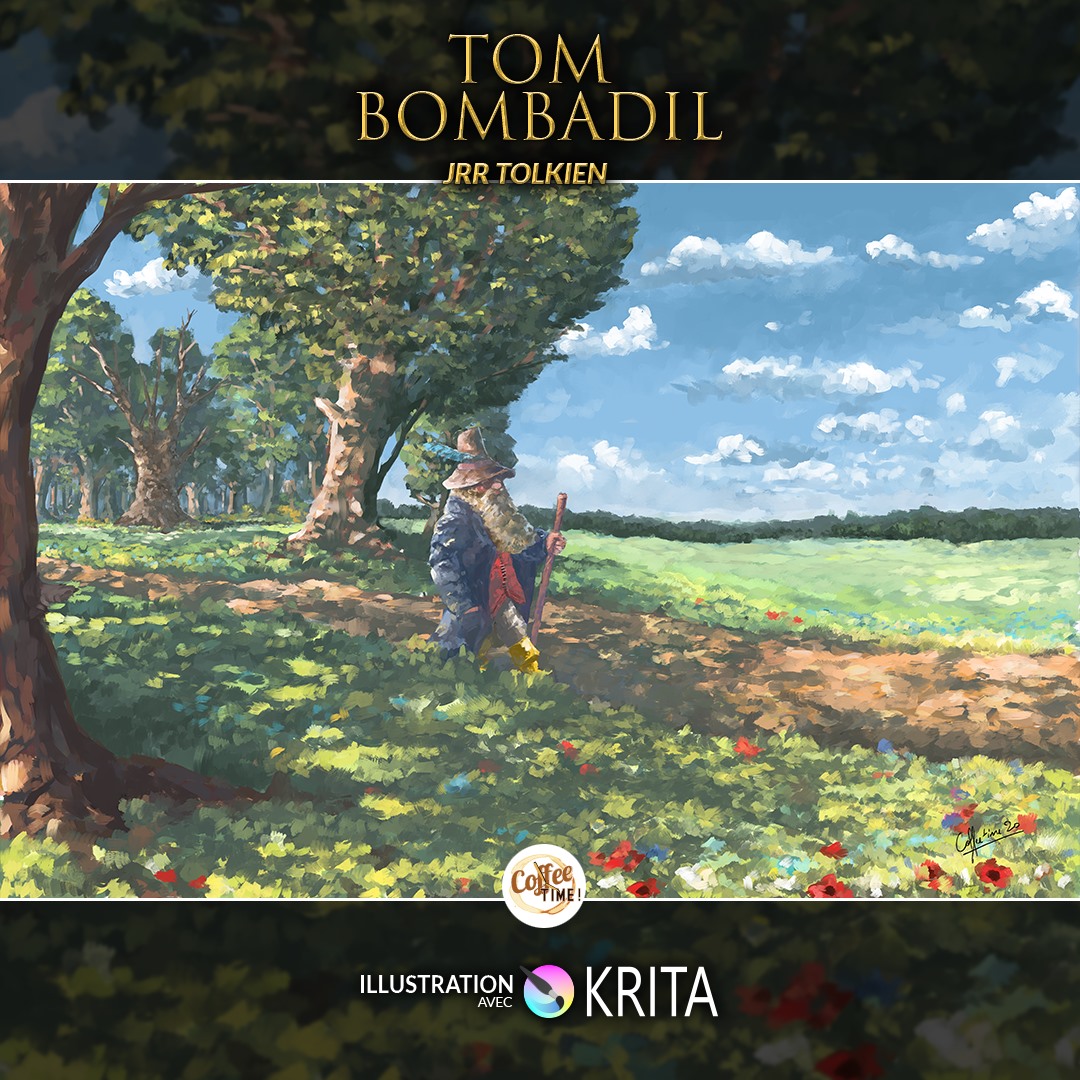 Arga Raditsya B, building through knowledge, books, pen and ink, made with Krita: 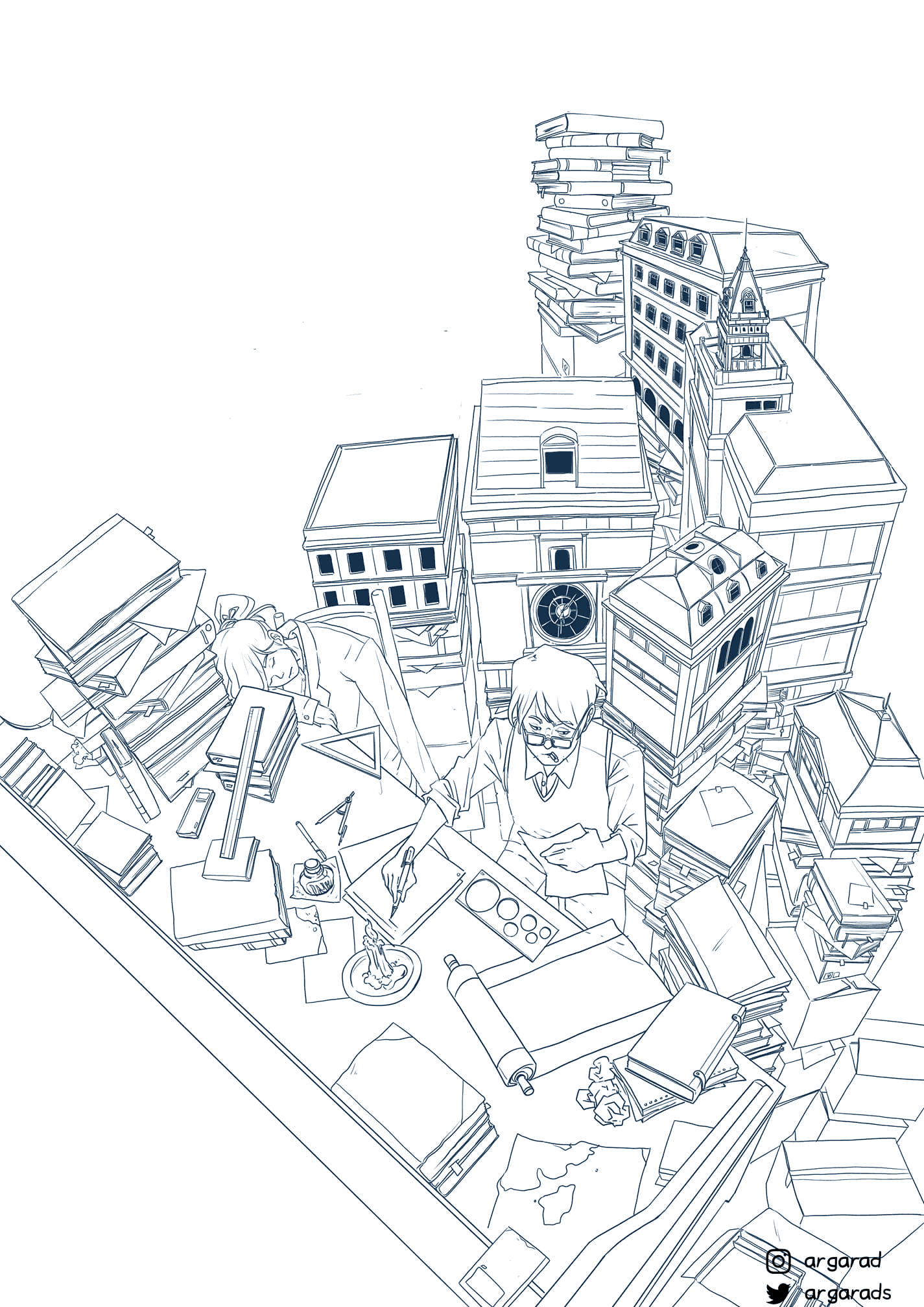 Another valley painting by Philipp Urlich, made with Krita. You can watch (more like listen to) a recent interview with Philipp on Twitch by the way. 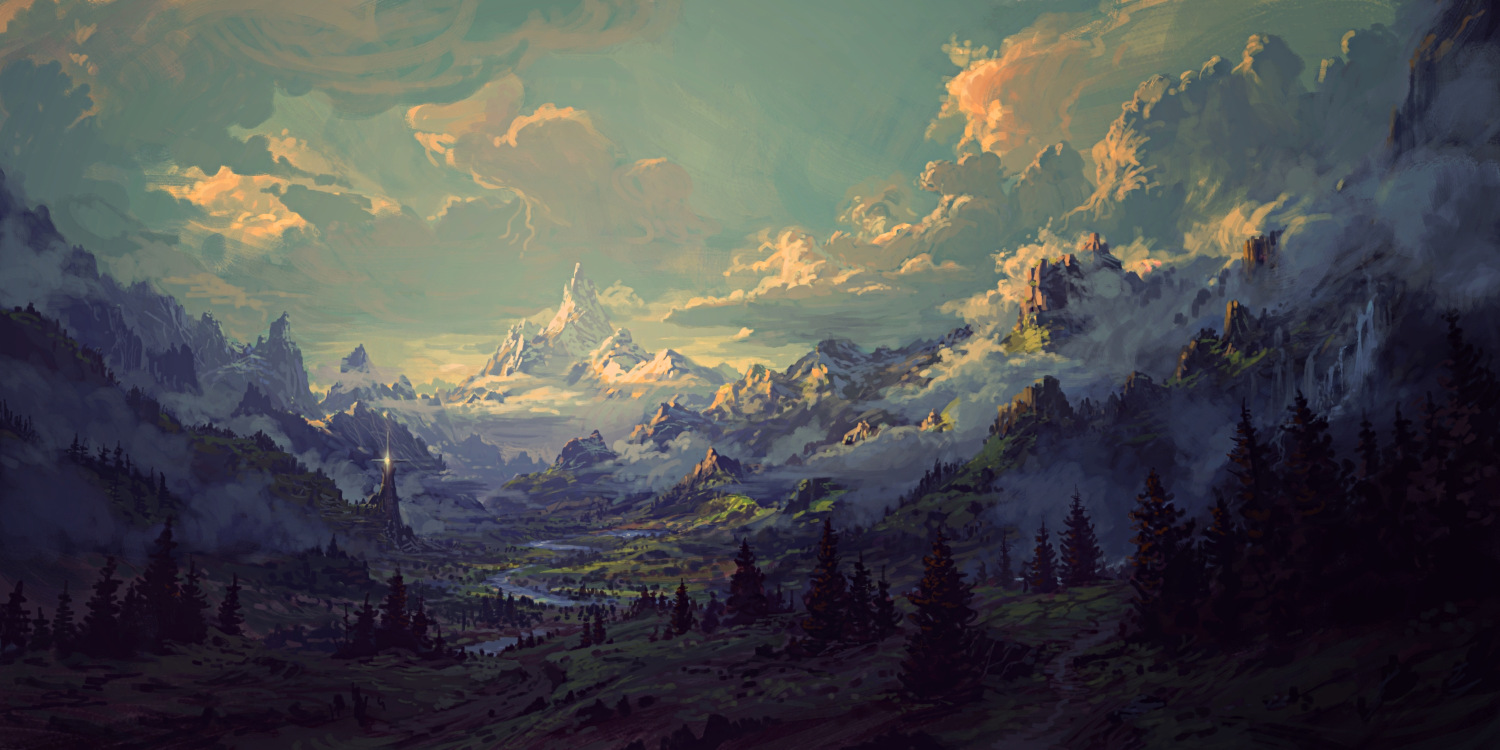