Jehan Pages moved OpenCL support in GIMP back to the experimental department. The reason for that is simple: there is no one to work on OpenCL support right now, not all drivers treat OpenCL equally well, and the amount of visual garbage in the output is just too annoying when you start using e.g. GEGL-based filters. Other than that, work continues on polishing multi-layer selection, the latest change there being the support for merging down multiple selected layers.

Most of the changes in Krita’s main development branch since releasing v4.3.0 are bug fixes. The one exception worth mentioning here is a patch by Peter Schatz that allows using RGBA brushtips as gradient maps, which means multi-color brushes among other things. 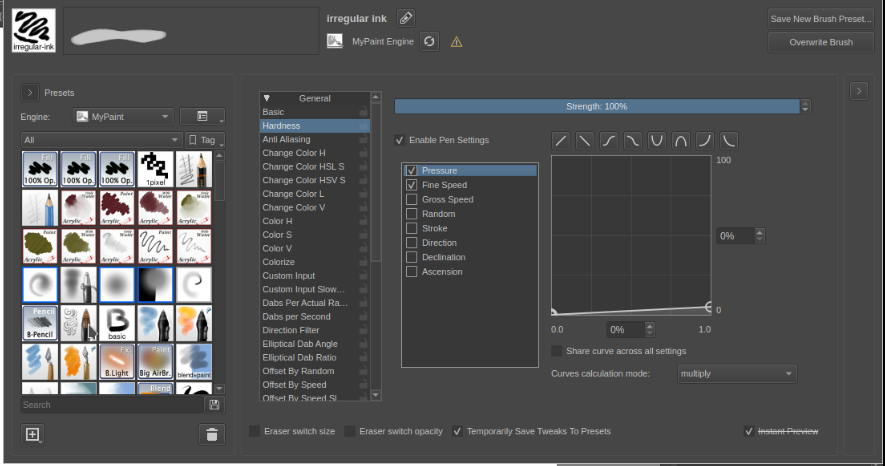 The darktable team started updating release notes for upcoming version 3.2 expected some time in August. You can have a peek. Most changes last week were support for new cameras, translation updates, and bug fixes.

Siril is now able to remove square pattern commonly visible on Fujifilm files (made via X-Trans sensor). There’s a checkbox for that on the Preprocessing tab of the sidebar, and there are some settings to dial in in the Preferences dialog.

Blender Foundation released v2.83.2 that belongs to their LTS (long-time support) release series. If you missed this story entirely, the idea is that studios that rely on Blender in production should be able to have all the recent bug fixes without all the new fancy bugs caused by new features, refactoring etc. So the foundation now basically supports one series for two years shipping bugfix updates and nothing else. Pretty much the way GIMP used to have both stable and unstable branches, save for the 4-to-6 development cycle in the past :)

They also have quite a few GSoC projects this year (again). I haven’t read all the reports yet, but if you are really, really interested, each project has a dedicated DevTalk thread.

Meanwhile in the sculpting land…

Jeremy Hu has some great stuff for Dust3D in the pipeline:

You might also like checking out Chordata campaign on Kickstarter. The project calls itself an open-source motion capture system. If you look at their project on Gitlab, they already uploaded PCBs (designed with KiCad, no less) and a Blender add-on to receive, record, and retransmit physical motion capture data.

Oh, and we need to talk about Natron again. There’s a new discussion on Facebook where Ole-André Rodlie, one of the contributors, basically said this:

Natron 3.0 will probably not happen, the code is buggy, unfinished and undocumented… At this point Frédéric is probably the only person that could continue the work, and he does not have the time. Some features could be backported to 2.x… At this time we have have enough open issues for 2.x. I would rather get that stable. 3.0 will require new developers to join the project.

I wish I could show you screenshots of LibreCAD v3 GUI rewrite that Akhil Nair has been working on as his GSoC 2020 project. But the master branch stopped building for me a while ago.

Nevertheless, there seem to be a lot of exciting changes. You can read more about that in a recent report (that one has a couple of screenshots).

FreeCAD keeps getting its fair share of changes in the FEM workbench (they also now have a GSoC students contributing there), and the Arch/BIM workbenches are being actively worked on too. I wholeheartedly recommend reading Yorik’s excellent monthly reports. Here is the gist of the latest one.

It’s been almost a month since the last BlenderBIM release which means we are probably about to get an update. The latest one from June 21 allows seeing full hierarchy of materials and styles, support for IFC4 georeferencing data on importing, rebar importing improvements, surface styles support for native geometry, and more. See the post by Dion Moult for a vastly larger list of changes. 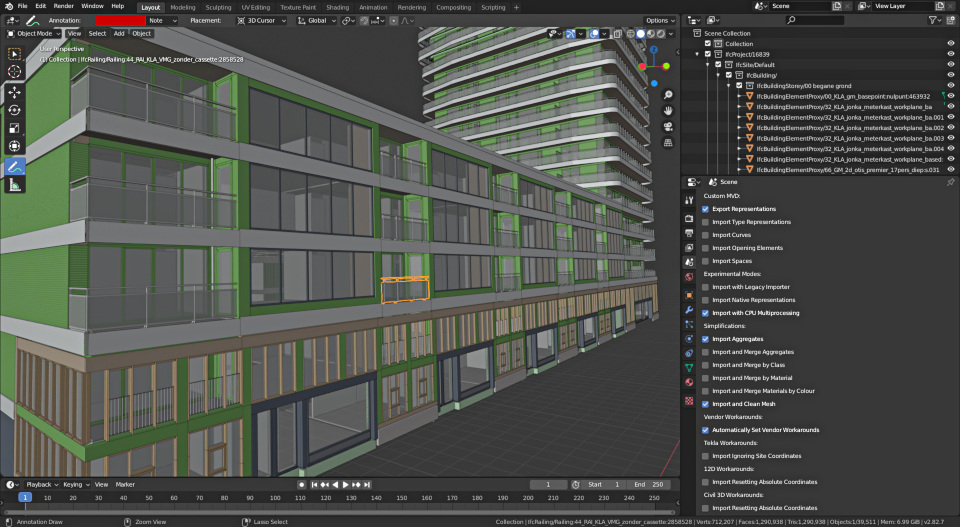 Although I’ve been following Zrythm since winter ‘19, I haven’t really posted about this new DAW here yet. My reason for that is multifold. Mostly, it’s because I’ve been waiting for the program to stabilize and it just doesn’t yet.

I mean, Unfa specifically launched a counter in a live stream when he was trying to make a tune using Zrythm, and the counter stopped at 7 crashes after two hours.

Anyway, I guess, there’s now a historical imperative for me to cover it :)

Interestingly, Alex adopted the very same model from Ardour where he provides fully-functional binary builds of the program for money — despite his dislike for paywalls. My educated guess is that this is simply because this model is known to work (although quite a few people will tell you in great many details how much they hate it).

MusE 3.1.1 is out with mostly bug fixes over the previous update. One of the new features is support for the MIDNAM extension in LV2 plugins (something Qtractor recently got as well). See release notes for a full list of changes.

MuseScore 3.5 release candidate is out with minor improvements and bug fixes. Collectively, MuseScore 3.5 is going to represent a lot of quick wins usability-wise, as you might have already guessed from the past few updates. You can get the gist of it from a much earlier video by Martin “Tantacrul” Keary on changes in v3.3:

All three GSoC projects by MuseScore have very nice progress. You can see students’ reports on the community blog.

Again, if you missed the news, MuseScore v4 is shaping up to become a massive update. You can read more about that in their blog. Some of the latest changes in the main development branch are the basics of workspace management and a whole new audio engine (that seems to reuse SoLoud audio engine targeted at gamedev, for some reason).

Dragonfly Reverb 3.2.0 doesn’t really any exciting changes (unless one less dependency, which is libsamplerate here, is your thing) but Unfa made a point of showcasing this effect, so why not mention it as well?

Learn how to use math input in GIMP to make simple calculations right in the numeric input widgets.

Great speedpainting with Krita, by Denis Godyna. My only concern here is that the timelapse is a little too fast-paced, it’s hard to see the work on simpler objects like those trees at the end.

Make a cushion in Blender in 4 minutes, by Andrew Price:

Jack Lynch explains his photogrammetry workflow with Meshroom and Blender:

How to use Rebar tool in FreeCAD’s Arch workbench:

Each of my weekly recaps involves researching, building and testing software, reporting bugs, talking to developers, actually watching videos that I recommend, and only then writing. Time-wise, that’s between 10 and 20 hours. If you enjoy the work I do, you can support me on Patreon or make a one-time donation. 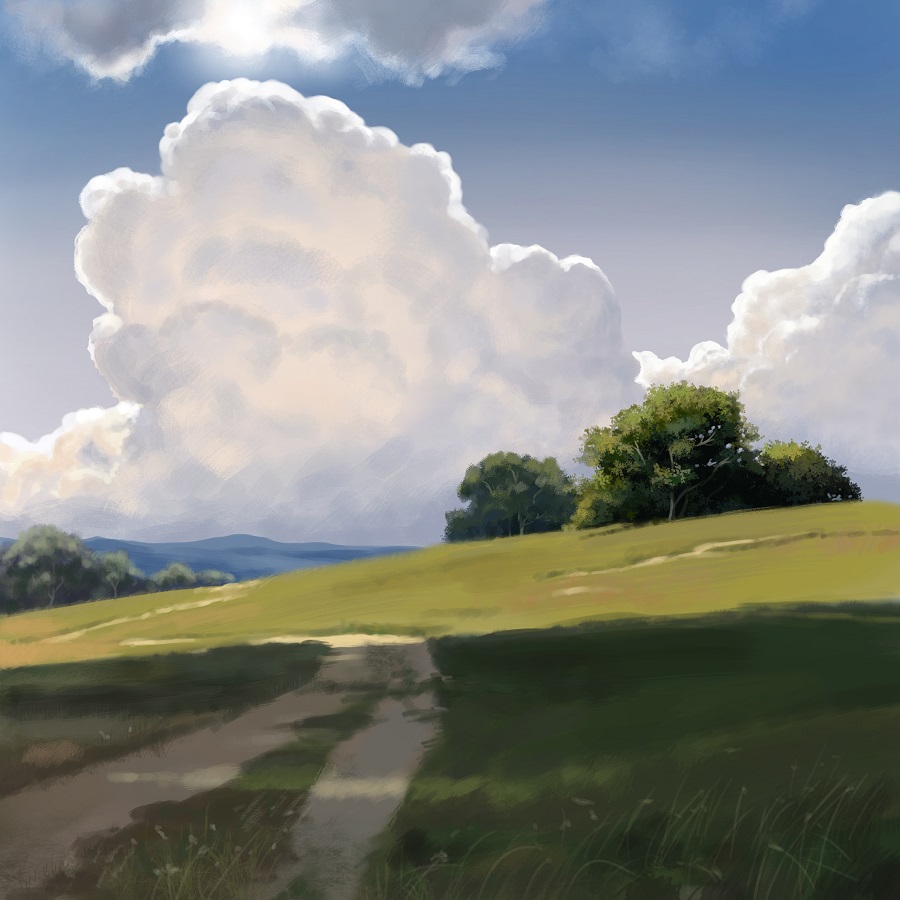 ‘Forest Temple’ by Maciek Drabik, Blender (both Eevee and Cycles used for rendering): 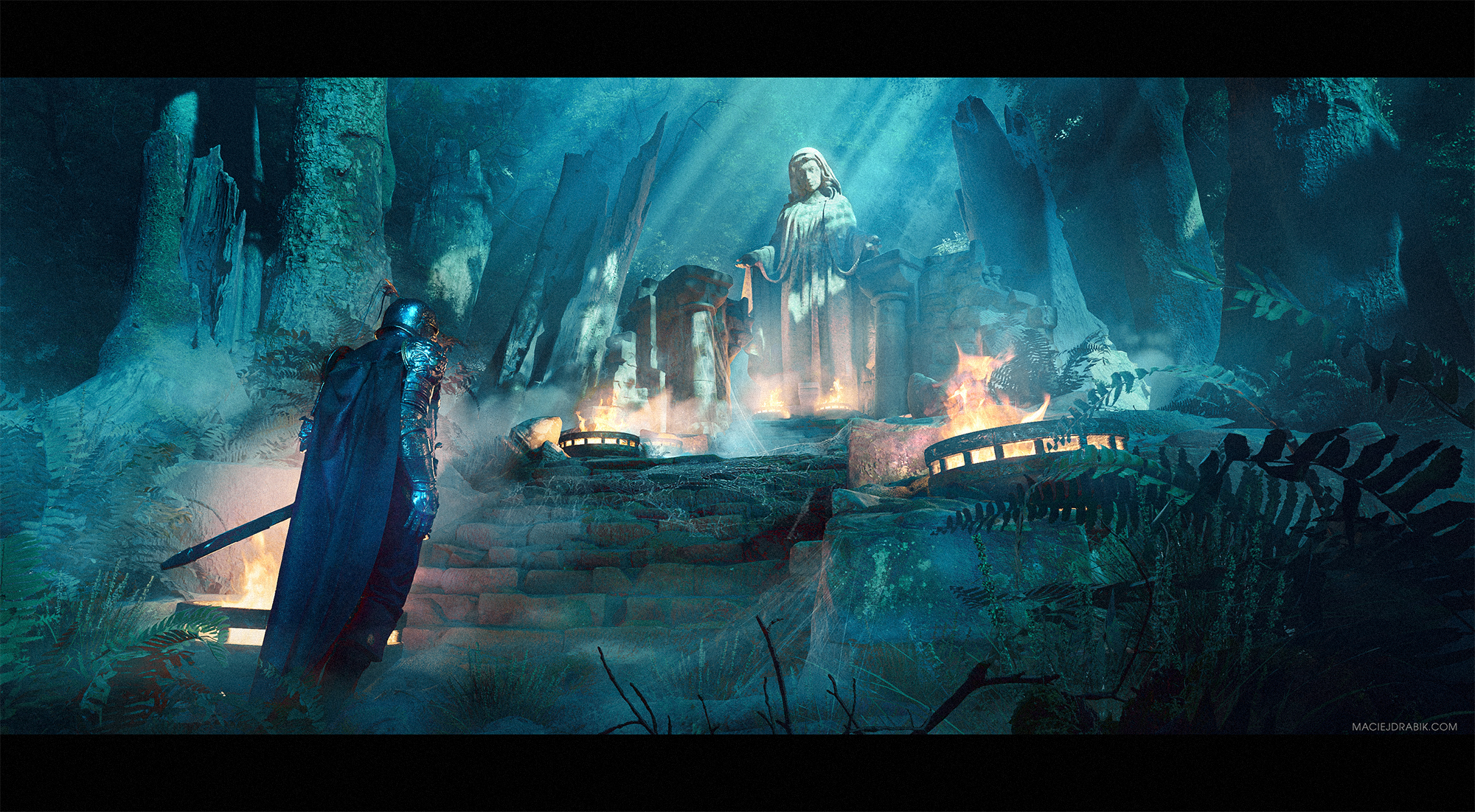 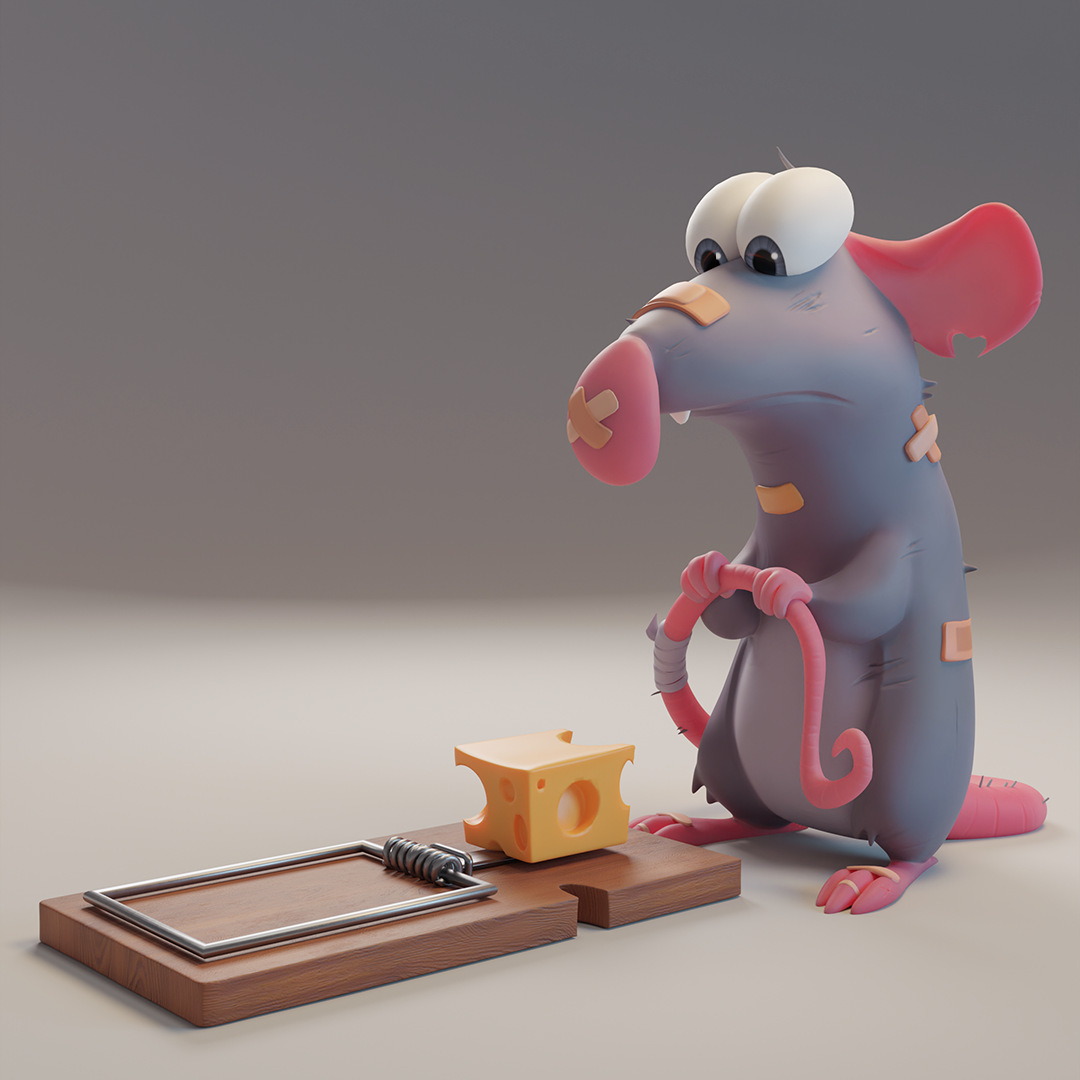 Each of my weekly recaps involves researching, building and testing software, reporting bugs, talking to developers, actually watching videos that I recommend, and only then writing. Time-wise, that’s between 10 and 20 hours. If you enjoy the work I do, you can support me on Patreon or make a one-time donation.