First off, Blender Foundation announced that the first official beta of 2.80 is now just a few weeks away. The team says Asset Management and Overrides won’t make it to 2.80, but will become available in further 2.8x releases once completed. Pablo Vazquez also did a long, thorough update on the state of Blender 2.80.

The week continued with a major event, Blender Conference 2018. Video of all (most?) talks have already been upload to YouTube, here is the playlist. You can also use the schedule page to figure out which ones you want watching. You can also see BlenderNation’s post on Suzanne Award 2018 winners.

This year, tickets to the conference were sold out in a matter of days, and given the limited amount of places in the institute, next year, the conference will take place on October 24-26 at a new venue, in the Compagnie theater (still in Amsterdam).

It wasn’t the only Blender event last week either. On October 27, there was a Blender conference in Tokyo, with ca. 150 visitors. As much as is possible to extract from an automatic translation from Japanese, topics focused on programming and showcases, including the use of Blender for a VR visual novel Tokyo Chronos.

But there have been more Blender-related news.

DeepBlender posted an update on his AI-based DeepDenoiser for Cycles. That got additional attention given Andrew Price’s talk about the future of AI in the 3D industry at Blender Conference later same week.

Tim Coster reminded there is an add-on for Blender called AddMIDI. The add-on allows binding MIDI controllers to Blender features, which he used to get his KORG nanoKONTROL2 to control the brush size and strength of the sculpting brushes. 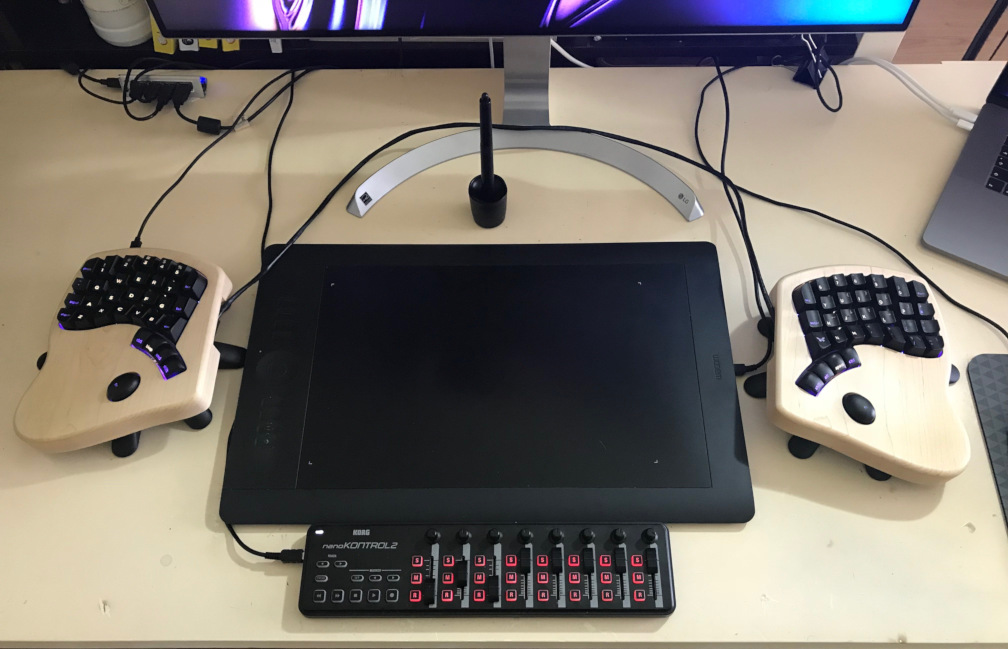 Bounding Box Software released their Unity-based Materialize program for converting images to materials under the terms of GNU GPLv3+. The code is available on GitHub. Here is an introduction video:

The darktable team recently did a lot of work on enhancing their denoising tools, both the denoise profiler and the rawdenoise filter (mostly developed by ‘rawfiner’). Pascal Obry introduced an ability to further fine-tune the UI of darktable by moving effects around effect groups (Basic, Tone, Color, Correct, Effect), as well as changing the order of effect groups in the interface. 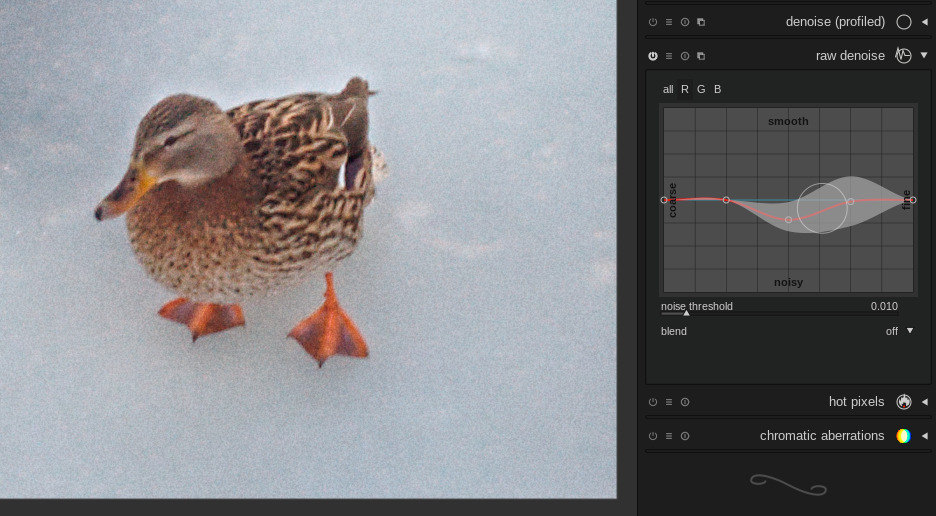 Additionally, Maurizio Paglia and ‘rawfiner’ added a whole bunch of context help links to various parts of darktable’s user interface. Finally, on the RawSpeed side, the GoPro “.GPR” raw format is now supported.

The sK1 vector graphics editor got another pre-2.0 release, featuring support for dragging and dropping files into the application. You can find all nightly builds here.

Adrien Maglo posted a quick demo of face recognition inside VLC, a new feature he’s been working on for a while.

Meanwhile, the VideoLAN team posted a picture of themselves working on the video output model for VLC 4.0.

There’s also a new ‘How to make mountain logo in Inkscape’ tutorial by tinta warna on YouTube. The tutorial goes a little too fast and contains some trial-and-error bits, but the end result is good enough to share this.

MyGimpTutorialChannel posted a ‘Frequency Separation and Colour Vibrancy in Gimp 2.10.6’ tutorial. The tutorial implies doing frequency separation manually and applying a kind of cross-processing effect. It has no voiceover (all videos with voiceover on this channel are in German), but it’s still rather easy to follow.

Nathan Lovato demonstrated how conditional blending can be done in Krita with cross-channel curves. A more straightforward implementation of the feature is said to be expected soon.

Lucas Falcao demonstrated his workflow of modeling a character with Blender 2.80 and, partially, with Substance Painter. He explained all steps of completing the work: blocking to make basic shapes, modeling and sculpting, retopology, making UVs and ID masks, texturing, making materials, lighting, and compositing.

YouTube user masterxeon1001 explained how to make a retractable camera insert with Blender and his KIT OPS add-on. Do checkout more of his tutorials and the KIT OPS website. BoxCutter look like magic!

Kuldeep Singh posted a breakdown for a video that illustrates the black hole accretion.

Chocofur’s Interior Design Visualization course is now available for pre-order (disclosure: LGW is not affiliated). It’s based on Blender 2.80 feature set, covers pretty much all angles, and is expected to be out in December 2018.

Another commercial Blender course, this time — by Martin Klekner — explains the modeling of a Spartan warrior. Please note that it is based on the Blender 2.79 feature set. 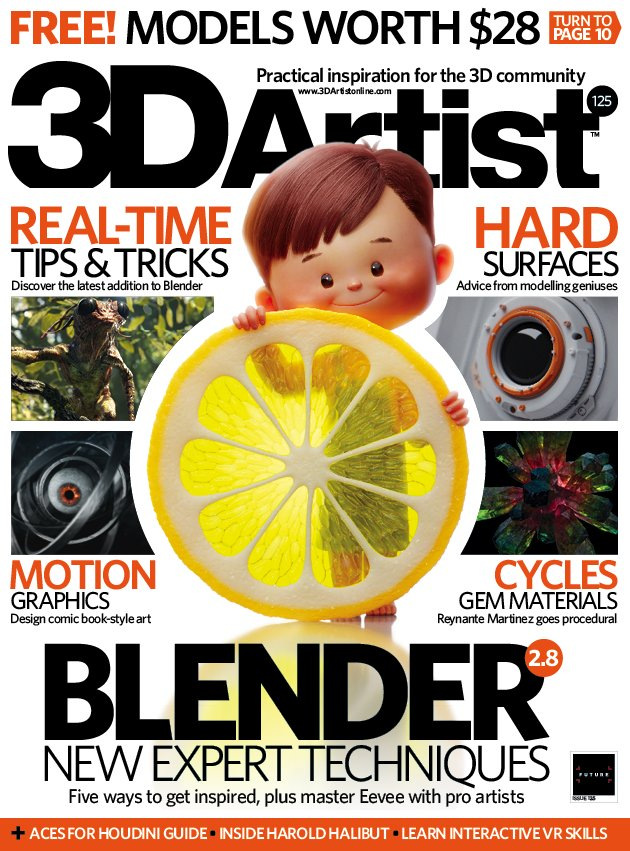 There has been an increasing amount of Grease Pencil adoption around the world lately.

James Lewis-Vines did an homage to Ian McQue and recreated one of his ‘Mortal engines’ sketches in 3D.

Learning blender's grease pencil tools, as an homage to the great @ianmcque recreated 1 of his mortal engines sketches In 3D as a quick test. Blender feels like a nice inbetween of 2D & 3D especially during #inktober ,#scifi #greasepencil #mortalengines #conceptart #3d #blender pic.twitter.com/EJpQfm7bdd

Brain Graft posted a whole ton of animations and drawings made with Grease Pencil. 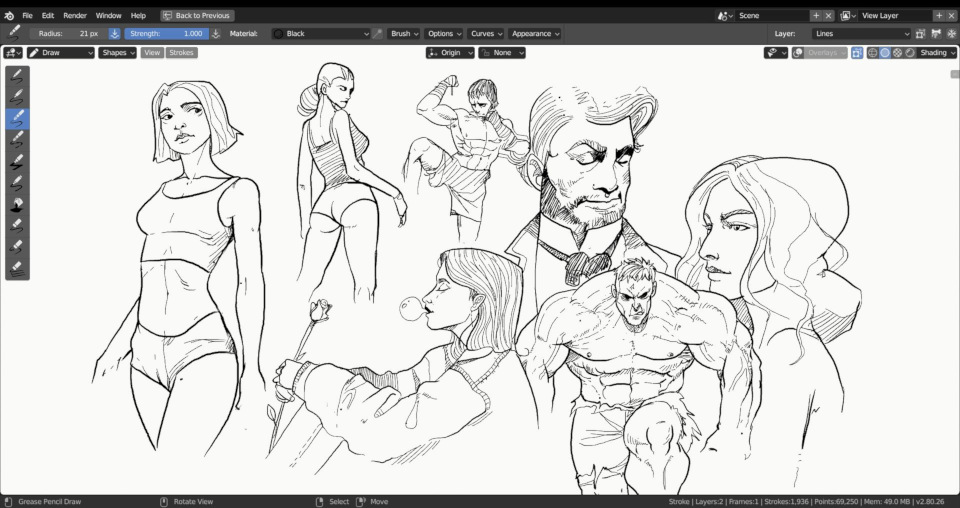 Mike Pan demoed his use of Blender 2.80 for medical visualization. 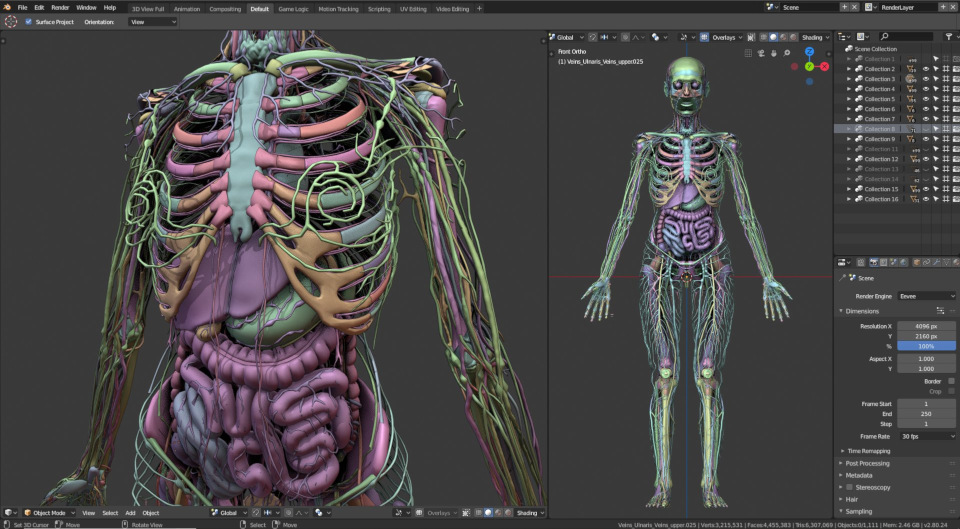 On a favorite subject of modeling, cars, here is a seventies Chevrolet Corvette Stingray, by fin.eskimo. 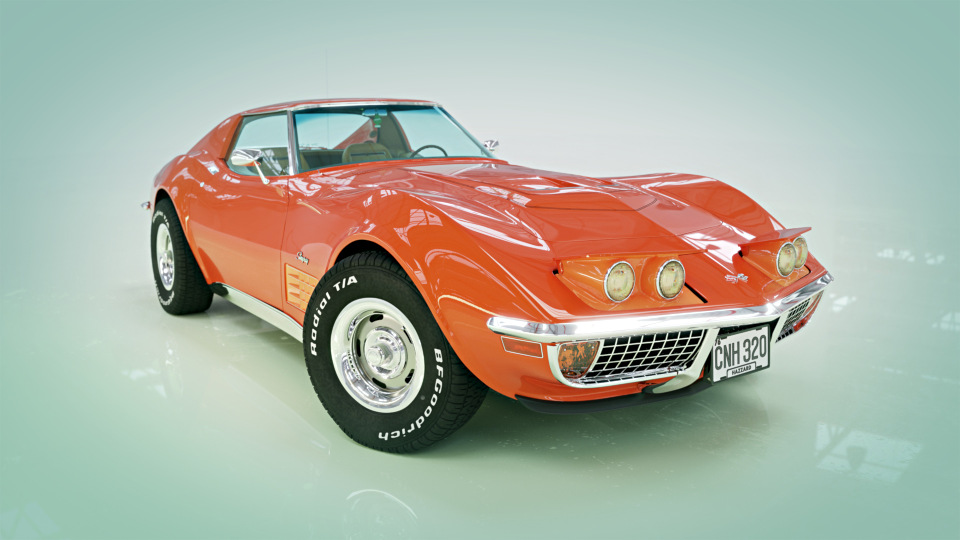 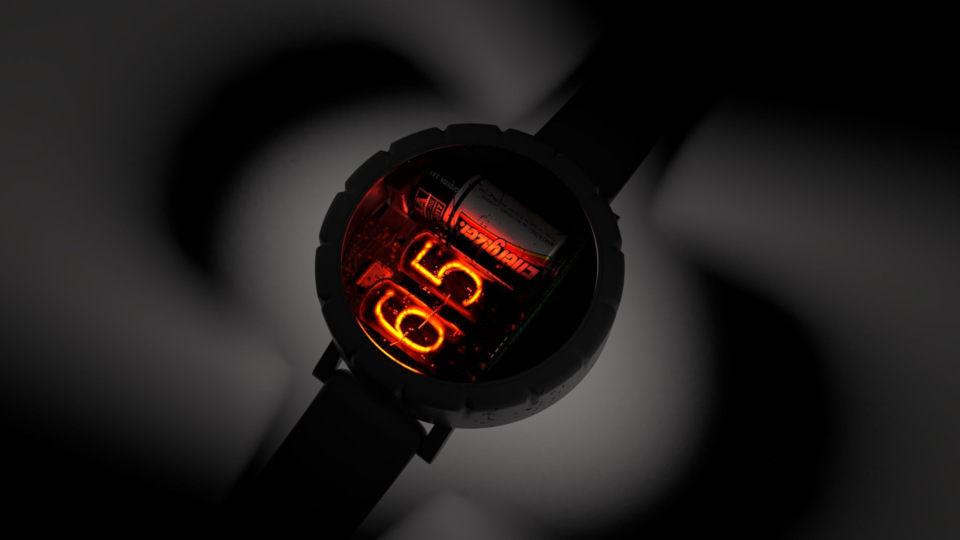 Dorian Zgraggen demonstrates an interior designer made with Blender and Verge3D.

Currently working on a project using #Verge3D for Blender by @soft8soft 😀

(A batch of textures are coming soon, too.) pic.twitter.com/0htpcxyQO0 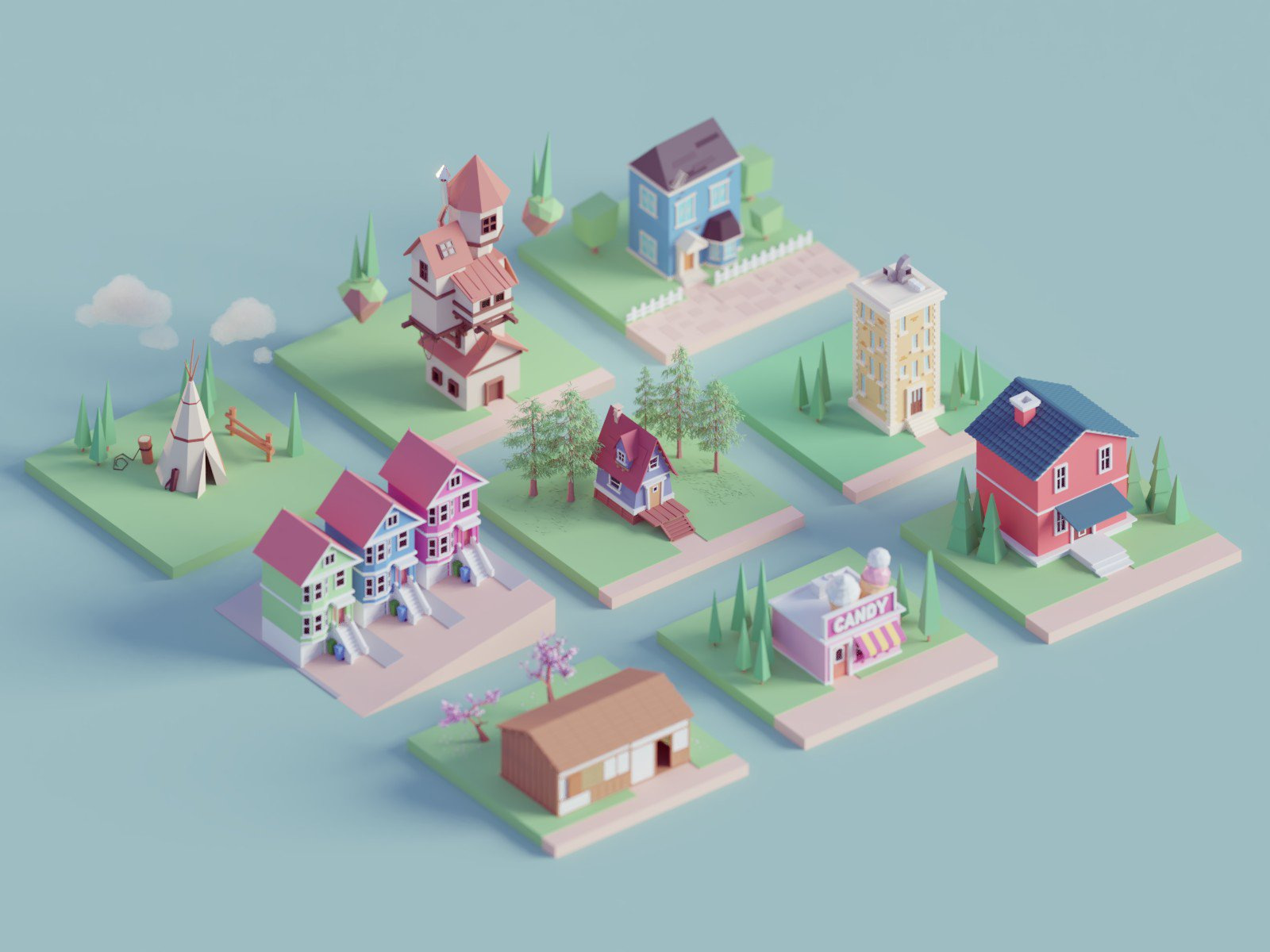 Dmitry Maslov posted examples of his use of Inkscape for industrial design/illustration. This caused a bit of discussion, whether Inkscape is the right tool for the job though! 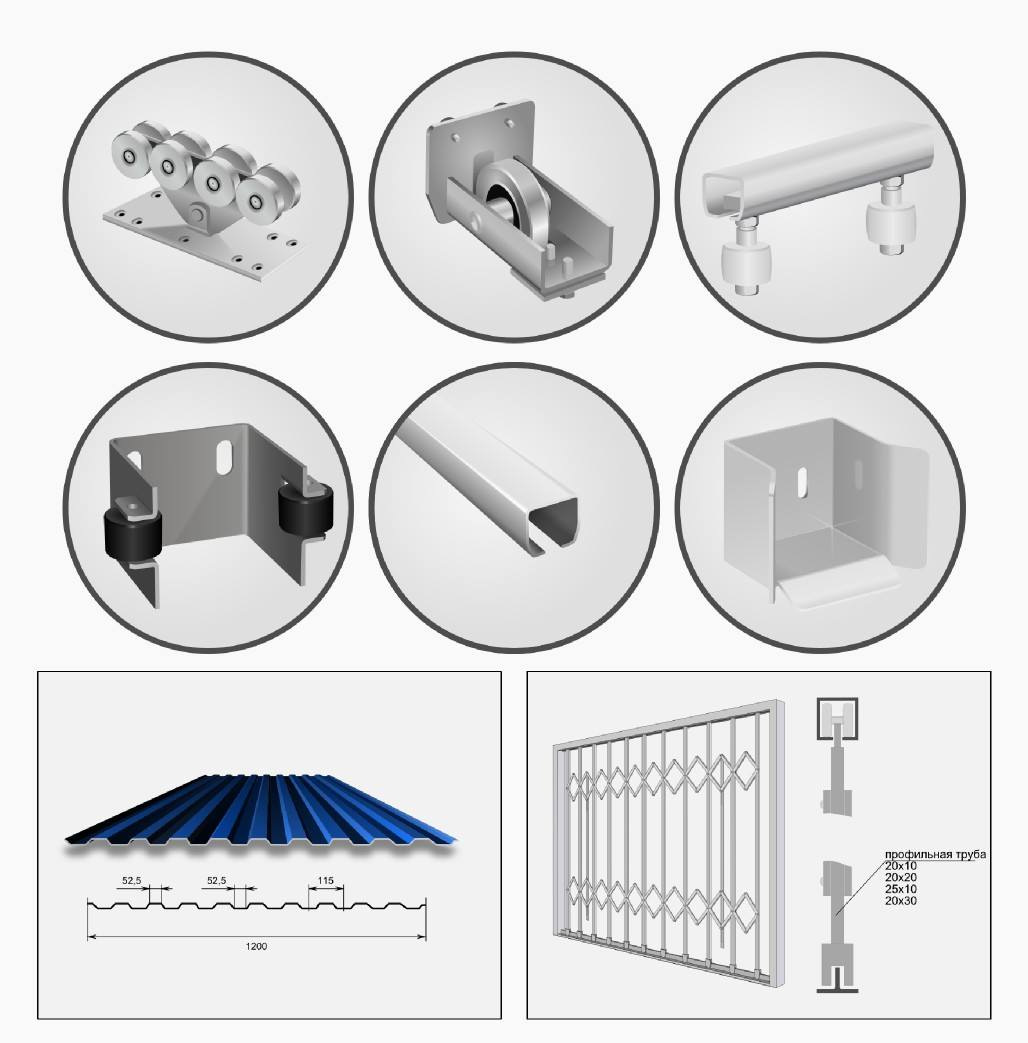 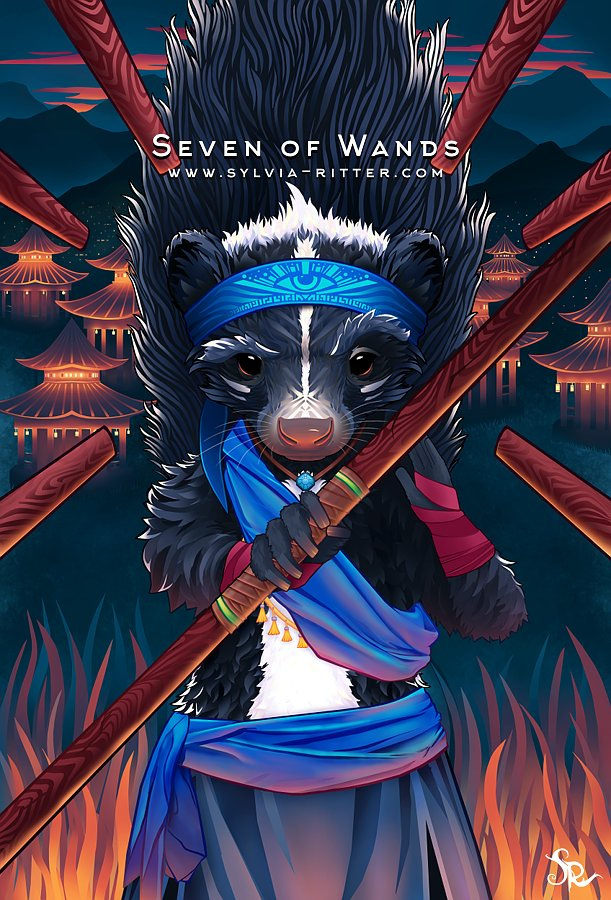 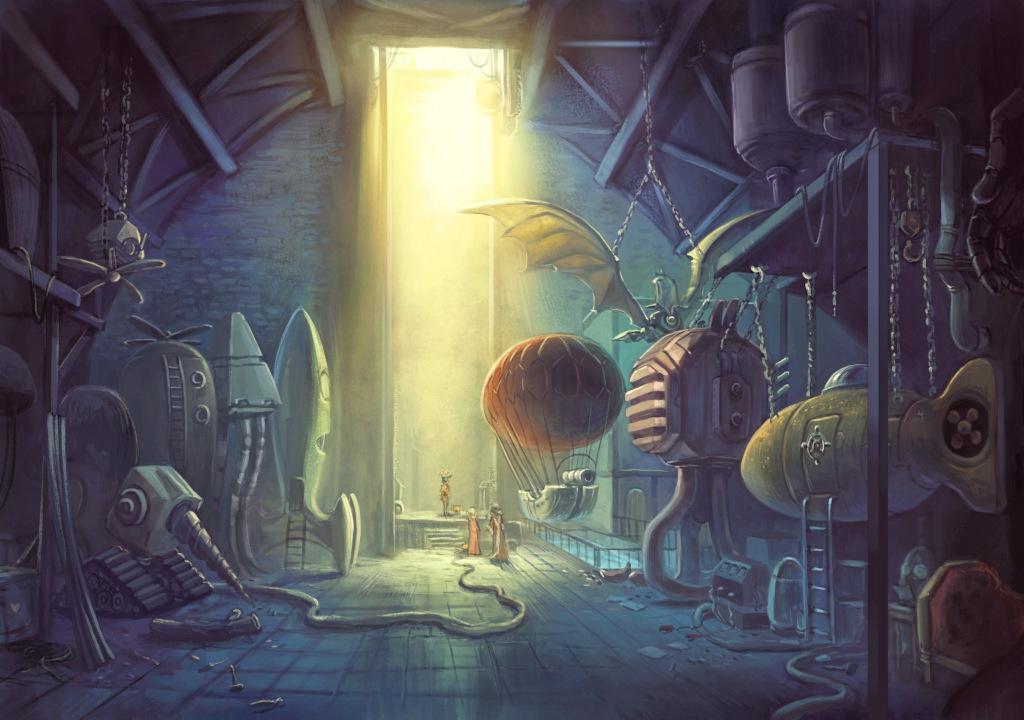 As usual, new work from Aliciane:

Preparatory drawing and final painting :)
This is one of my illustrations for #MorganLeFay depicting a sweet moment between young Morgan and her mother Ygern 🎶

New timelapse video by Sergey of grafikdesign: using Krita to paint a landscape with a cave.

Oh, and speaking of replacement parts, this video is not new at all, but it resurfaced online in a timely manner. Vassiliy Shishkin from the Central Clinical hospital in Moscow talked at Blender Conference 2017 about Blender being used for modeling orthopedic surgical implants.