As far as puns go, this one isn’t particularly funny. However it’s true to an extent. Dave Crossland, the renowned master of eloquence, persuaded Yanone to release Autopsy as an open source project.

This Fontlab Studio add-on helps visualizing design inconsistencies between faces of a font family. It is quite familiar to type designers who deal with odd digitized fonts dating back to ancient ages when Multiple Master or Superpolator were unheard of. 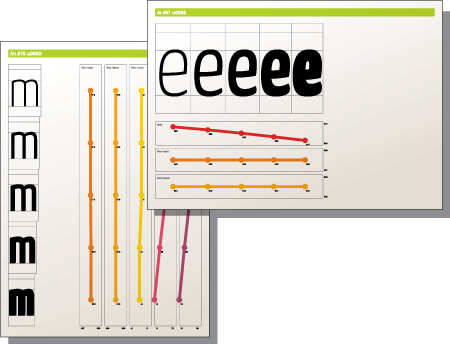 The source code release (GPLv3+) comes with a condition:

My only problem is that I don’t want to support the software at this point. I’ve written it at a point when I was just making the first steps into object oriented programming and the code is a mess. If you promise that you don’t ask me about the code you can have and use it.

Ironically, if you consider the name of the project, Autopsy is abandonware. Over to Yanone again:

There’s no ongoing interest in Autopsy. Neither have people bought any licenses for several years in a row now nor has anybody asked for an updated version. So please go ahead if you find it useful. I might still rewrite it in the future and again try to sell it, but it won’t be a feature-identical version. And it won’t happen any time soon.

Indeed, the last version was released in March 2009, whereupon Yanone decided to open the code after selling a couple of dozen of licenses. The counter stopped at 9 licenses later same year and never went further down.

Making the tool useful beyond Fontlab would involve writing GUI. Dave doesn’t have immediate plans to work on this project. But you can clone it on Github and go anatomical.