ZebraTrace, from Guilloché to hatching in a single equation

Maxim Barabash released a new version of ZebraTrace, a free application for tracing bitmaps into a hatching pattern based on a mathematic equation.

Initially designed with Guilloché patterns in mind, ZebraTrace effectively combines a function plotter and a bitmap tracer, where thickness of vector lines depends on the lightness of pixels in a background image. 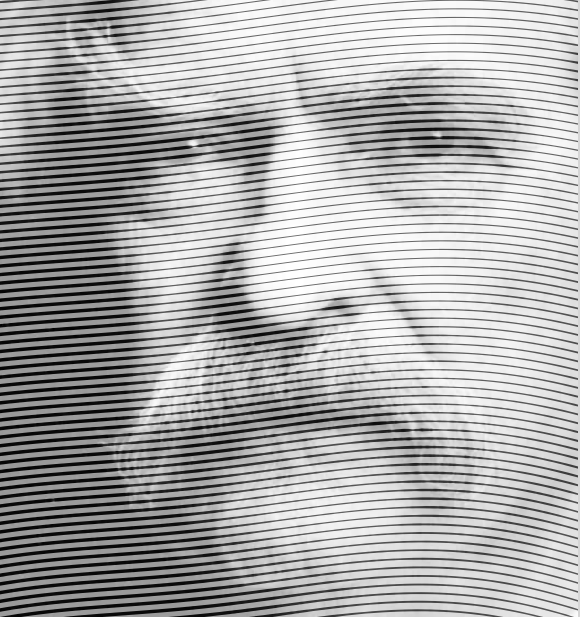 Note how vector lines become become thinner towards the well-lit face. You can control basic aspects of tracing: amount of lines, min/max thickness of lines etc. ZebraTrace currently doesn’t make use of PowerStroke LPE in upcoming Inkscape 0.49, so it has to create paths with lots of nodes to directly operate on later.

And just to give you idea about the function plotting settings, here’s another screenshot for the very same image: 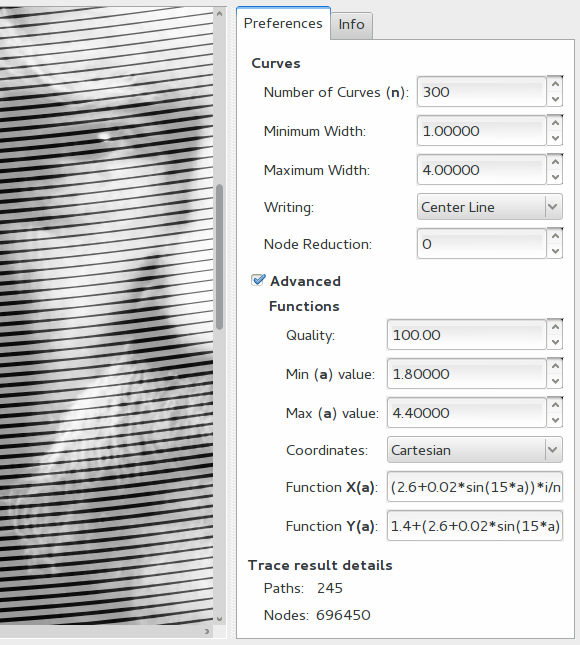 There are ca. 15 presets for tracing available which should give you a good start for your own pattern ideas.

Previos version of ZebraTrace only supported SVG output, but v0.5 also has a basic G-Code exporter requested by a Russian CNC community. So it’s becoming possible to create hatching-based programmed wood carving too.

Maxim has a few plans for future versions, such as removing garbage, i.e. objects below a user-defined size threshold, and directly drawing an area to fill with hatching.

The G-Code exporting is also expected to improve, and it’s possible that one of the next versions will have a simplified interface for writing functions.

Whether you find an artistic use for ZebraTrace, or a more technical one, do let us know what you think of it. It’s fun to see one of our own to come up with a new software project, and the developer is open to new ideas. (Maxim was instrumental in setting up the current instance of LGW, and he’s the guy behind embroidery file formats support in UniConvertor 1.x.)

ZebraTrace is a Python app with a Qt4-based interface. Needless to say, it should just work on Linux, and for Windows users there’s an installer available. You can get the source code from GitHub .