Both plug-ins are useful for 3D production and game development, and the Normalmap plug-in, in particular, aims to provide the same feature set that NVidia’s Normal Map plug-in for Photoshop has. 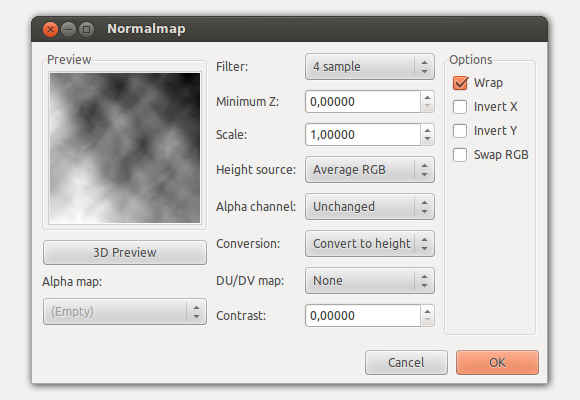 The Normalmap plug-in only got GIMP 2.8 compatibility and native Windows 64-bit binaries.

The DDS plug-in that allows opening and exporting Direct Draw Surface files got a bit further. 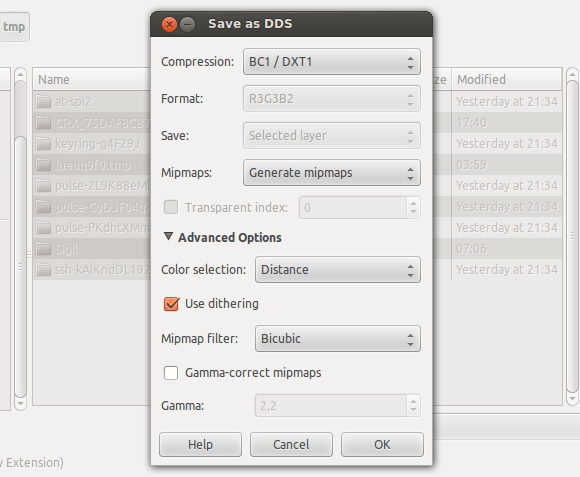 Apart from the update for GIMP 2.8 and Win64 binaries it now supports saving the existing mipmap chain (for 2D images only) and has DXT compression quality enhancements.

The TODO section at the plug-in’s homepage mentions plans to move to GEGL so that higher precision pixel formats could be accessible for reading and writing.

For both plug-ins source code and builds for Windows (both 32bit and 64 bit) are available: