It’s been a year since support for Visio documents in VSD file format entered LibreOffice. And here’s some news: with the latest release of libvisio you can open VDX and VSDX files as well.

After an initial attack the activity in this project gradually faded, partially due to Fridrich Strba ’s work on libraries for opening Corel DRAW and Microsoft Publisher files.

However this summer Fridrich returned to libvisio to add some new exciting features.

What’s in the latest release

Two grand new features are support for newer Visio file formats: VDX (Visio 2003) and VSDX (Visio 2013). Most code was written by Fridrich in September and October, so that’s hot from the oven. 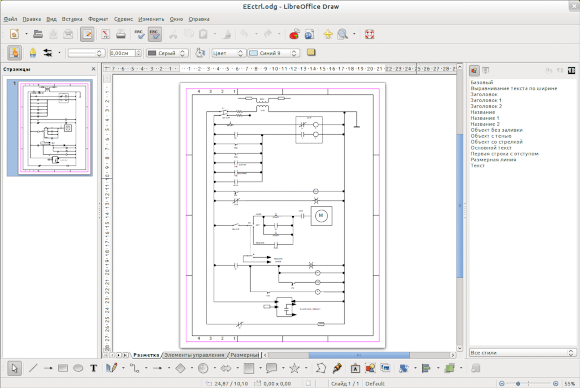 The importer supports pretty much all the features of the older file formats. In most cases opening VDX and VSDX files should just work. Otherwise please file a bug report.

Another new feature that’s not really advertised yet is support for Visio stencils in VSS files. When opened in LibreOffice or converted to ODG, the stencil file have each stencil object on a separate page. 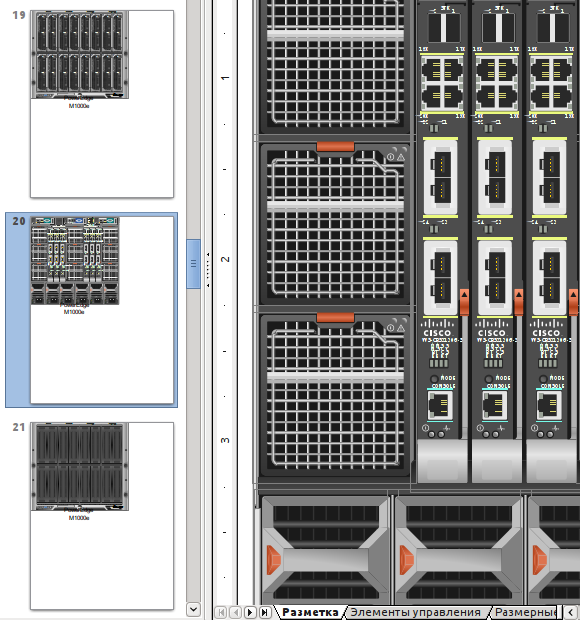 The official v0.0.20 release has a bug with regards to XML-based stencils, but it’s already fixed in Git. It’s expected that the next version of libvisio will publicly claim the VSS support.

Over the last year quite a few minor features sneaked in: support for text styles, text fields, line markers, flips and rotations, bitmap fills in SVG output, and OLE stencils.

On top of that Fridrich added an API to query pages and build their previews in 3rd party software. What software exactly?

The availability of an open library for reading Visio files was quite tempting. As a result, two more projects benefitted from this LibreOffice’s project:

Existing unstable builds of Inkscape do not ship this feature yet. But once the final version is out (currently expected the coming winter), you will be able to open a Visio file and pick the page you need to import (since Inkscape doesn’t have the concept of pages yet).

It’s still recommended to run libvisio from Git . You will also need libwpd, libwpg and writerperfect packages. For a short guide on building libvisio from Git please refer to an earlier article on the subject (scroll to the end).

It’s expected that the next big update LibreOffice (3.7 or 4.0) will ship the new version of libvisio and provide support for Visio 2013 (and 2003) files, along with support for Corel DRAW and Microsoft Publisher .