G-P-S is essentially a collection of various resources such as brushes, palettes and suchlike to give painters the tools that GIMP used to be lacking by default .

This version (download ZIP file ) makes a heavy use of the new tool presets system in GIMP and delivers 78 presets in 7 categories: Eraser, FX, Ink, Sketch, Smudge and two generic sets of presets that could be summarized as “miscellaneous”. 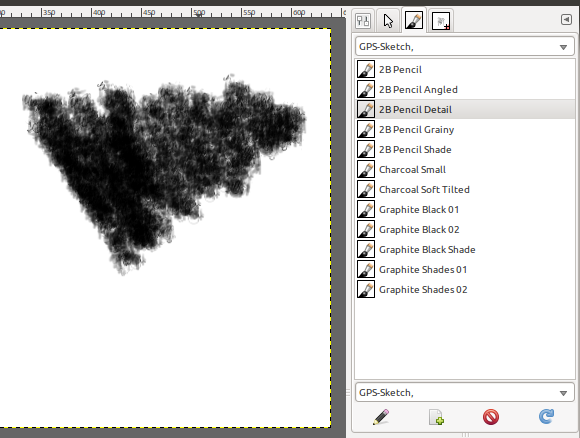 It also ships 102 brushes, as well as 64 painting dynamic presets in 6 categories to define the best way to paint with those brushes. 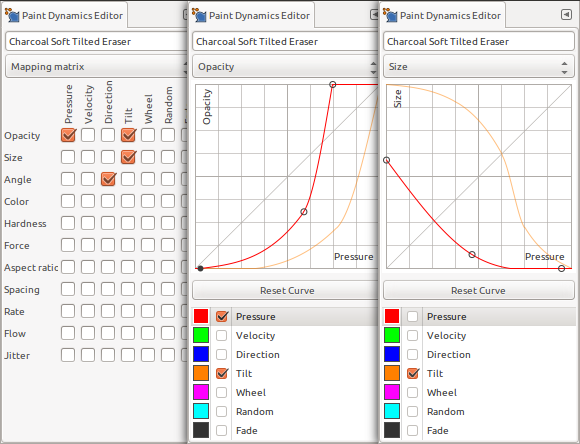 There are also 16 gradients, 28 patterns and 12 additional palettes in the package. 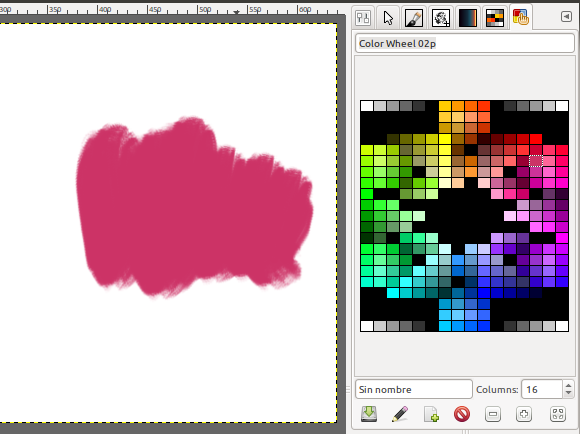 A palette from GIMP Paint Studio

Installation is as simple as unpacking contents of the archive to ~/.gimp-2.8/ on Linux, and to C:\Documents and Settings\<your_username_here>\.gimp-2.8\ on Windows. There’s another archive with older converted assets that didn’t make it to the official set.

Ramón also provided his custom sessionrc file which holds configuration of dockable dialogs: which ones are open, their layout etc. The layout focuses on dialogs that are most required for digital painting: color wheel, brushes, tool presets, painting dynamics etc. 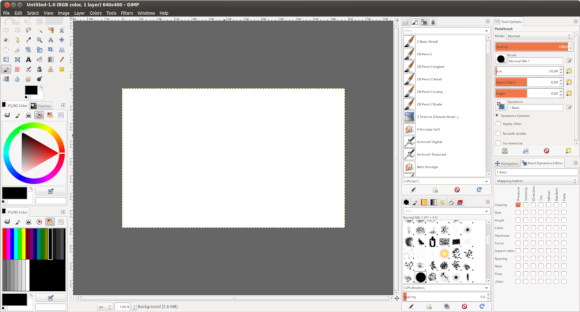 So far documentation is only available in Spanish and covers installation and basics of using the new presets and painting dynamics. Volunteers to translate the user guide into other languages can request source files of the guide.

According to the announcement Ramón is taking an indefinite leave of absence from the project to focus on other things.