If you do a lot of drawing in Inkscape, you know that unused elements tend to accumulate and blow up size of SVG documents. This is where recently released SVG Cleaner 0.2 comes to rescue.

Basically the application does two things:

Besides, you still need cleaning up files from Adobe Illustrator and Corel DRAW (Inkscape can do it for the former, btw).

Here is a quick demo of the application:

The core Perl script was written by Andrey Bayrak, and the user interface (Qt4) was written by Eugene Raizner. So, I figured I’d ask Andrey a couple of questions.

In your own words, what kind of users and uses are you targeting at with this application?

The particular task we are trying to address with SVG Cleaner is a complete automation and visualization of cleaning and optimizing SVG files. We are helping users to avoid doing this kind of repetitive tasks manually. Hopefully anyone who works on web design or UI design will find it useful.

Where did you get the idea of SVG Cleaner from?

Some two years ago or so I had to do a batch cleanup of a pile of SVG images. So I googled for an application that would allow me to do that, and I found nothing. The best tool for cleaning SVG documents was Scour which was already part of Inkscape by the time. 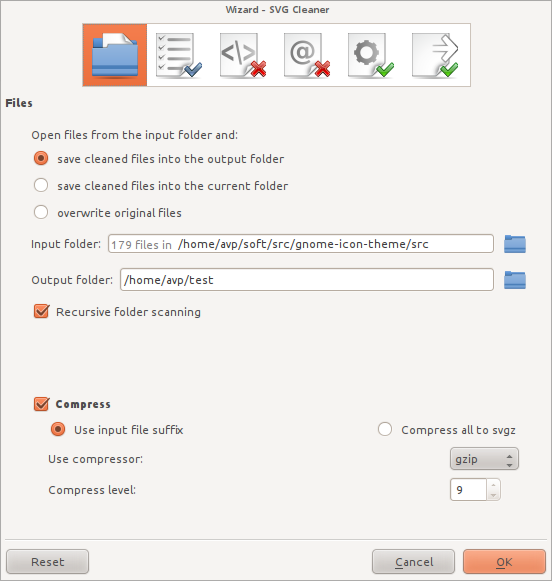 Why didn’t you go for Scour as the core of your application?

Don’t get me wrong, Jeff Schiller did a huge amount of work, however in my experience Scour has a number of disadvantages: 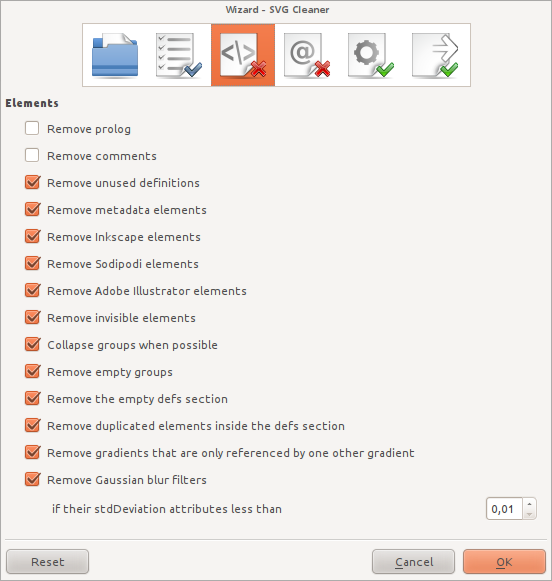 The other reason is that I’m not a big fan of Python, so I decided to do the core in Perl which I like, and to work on my own optimization algorithms. And since I’m a hardcore KDE user, I decided to provide a UI with lots of options so that it’s up to the user what to optimize and cleanup.

We pay a close attention to preserving original look of the optimized images, and we also care a lot about performance.

What are your future plans?

SVG Cleaner is currently available as source code from Bazaar repository at Launchpad and from PPA for Ubuntu by its developers. Builds for Windows and Mac are currently not available.