A few days ago Paul Davis released first beta of Ardour 3, a free DAW for Linux and Mac, with 3 months worth of work.

Actually Paul wasn’t keen of a wide PR for this beta, so truly yours valiantly fought against his own nastiness, but, as you can see, was heavily outnumbered and finally gave up. Let’s see what’s new.

First of all, the big new thing is, of course, support for native Linux VSTs which we already extensively covered before. Given recent Loomer’s plans to go for LV2 versions of their plug-ins it’s probably a wee bit less interesting feature, but then again you never know what commercial or indie developer decides to build their cool VSTs for Linux. 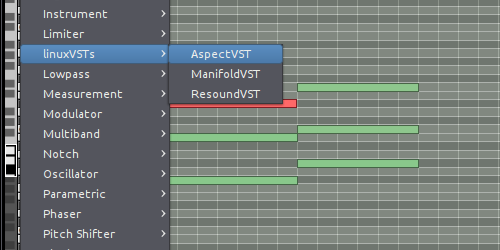 The routing groups got colors and ability to share these colors for the tracks they unite:

MIDI editing got a bit of love as well. You can now select notes by range. Just use middle mouse button for clicking on the scroomer (the widget that controls vertical zoom of a MIDI track) to select all notes of a particular pitch. Use click + Shift + click combination to select a range of notes. A command to invert selection is additionally available from context menu. Also, the mixer now has a button to toggle reading MIDI input.

Thanks to recent reload of Freesound the new version has preliminary working support for it (again, since the previous Freesound was broken re 3rd party apps). The feature is avalable in the dialog for inserting existing media.

Finally, user interface got cleanups here and there. For instance, Ardour now uses a custom button widget that simplifies various things, from MIDI Learn to custom coloring. The new default colors are not exactly your dream that has come true, but patches are welcome. 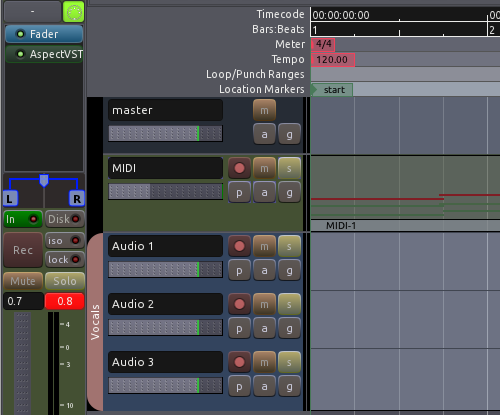 Finally, you can now customize what goes into the mixer strips: 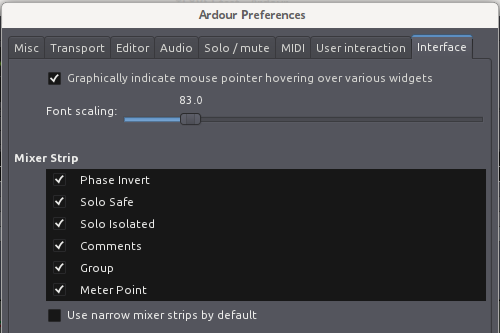 As usual, a bunch of bugs have been fixed (we are talking about ca. 500 commits, after all) and some localization were updated. The binary builds, however, are shipped without localizations this time.

Your downloading options are:

By the way, this is the first public build of Ardour 3 for Mac.

One last thing to note here is that all bug reports on Ardour 3 should be discussed in IRC as development is moving at a pace when dealing with the tracker equals to losing time. For detailed list of changes please refer to the official announcement.