Just when you thought it’s all over, Ribbonsoft released first public beta version of QCad v3.0, their commercial CAD system whose earlier community edition gave life to LibreCAD. This is the first new public release of QCad since late 2009.

As a matter of fact, Ribbonsoft notified users about returning to development back in February, then released a Technology Preview in May, followed by this public beta two days ago. 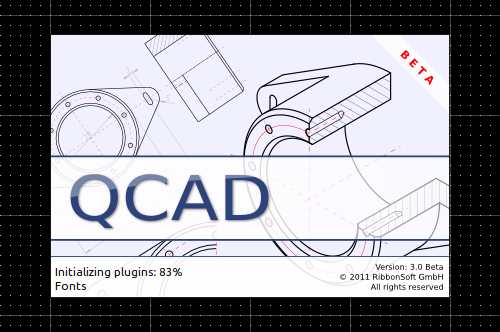 The team carefully hid the list of changes, but I dug it out anyway, compared with actual beta of 3.0 running on Linux and here is what I can say: the new version fixes a lot of minor to major annoyances that people (including myself) reportedly had with previous versions, some of them quite literally driving users nuts.

First and foremost, the user interface was revisited, e.g. the toolbars now have more tools previously available from menu only, like the isometrics stuff. The object properties dock got a major revamp, buttons became larger, and the application finally got named views. 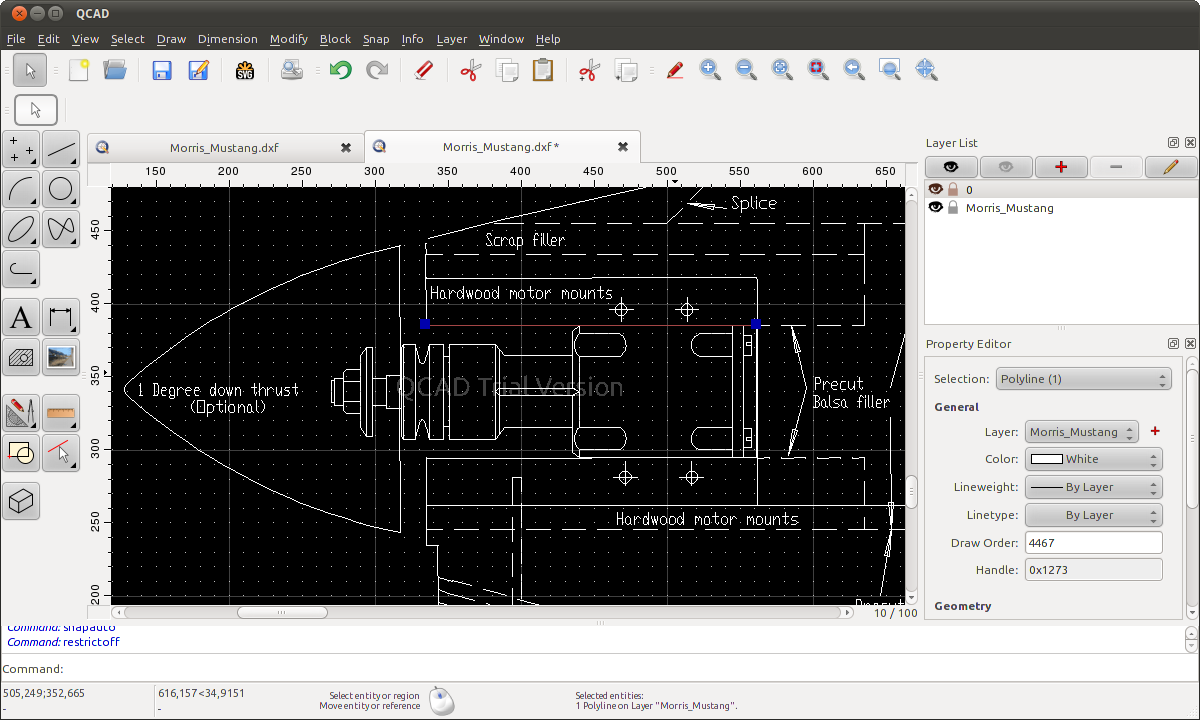 The drawing tools got a lot of love as well. There are more ways to add points, circles and arcs now, but the really important thing is that you can finally use TrueType fonts for text editing and have rich text formatting inside a block. I couldn’t resist trying a tongue-in-cheek cyrillics test, and hey — it works! 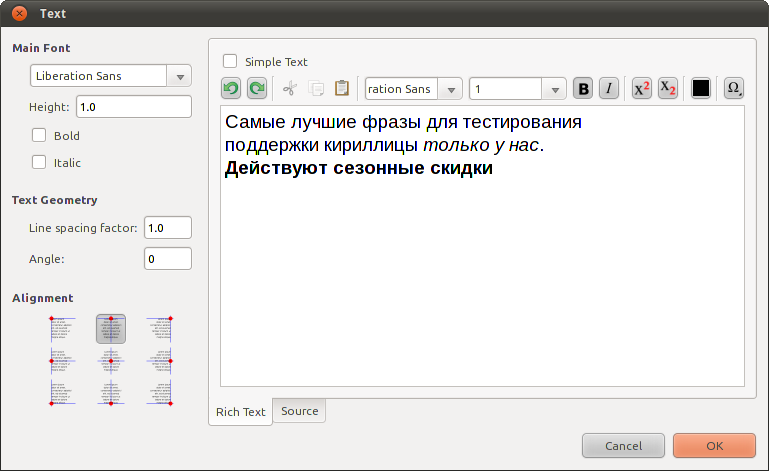 The unicode text is also correctly saved into DXF which was a bit of an issue for both text and layer names in earlier versions of the application. The parts browser was improved as well: all metadata is RDF based now, you can search parts by tags and filenames, and, most excitingly, apart from static parts the library can contain scripts that generate parametric parts now.

People who do digitization of designs will most likely cherish support for Wacom tablets and Apple Magic Trackpad devices.

The company took a very special care of 3rd party developers: pretty much all of QCad is available to ECMAscript. That is, you can create new interactive tools, new menus, new dialogs etc.

The full well-hidden itemized list of changes is here . Beta version is freely available for downloading , the only limitation is that it kindly yet insistently asks you to restart it every 10-15 minutes while allowing to save everything. The minimum license comes at a liberal price of 32 euro. Discussion takes place in a dedicated forum section . There’s no public schedule for final release of v3.0 yet.

Now, the question you might be asking yourself is how it will compete against free as in money DraftSight that currently gains momentum, and free as in speech LibreCAD that is QCad’s own baby adopted by new parents and exploring the wonderful world of social coding . And you know, at this point I’m not quite sure. So far commercial license is justified by some extra features currently missing in both DraftSight and LibreCAD, but the user interface still needs a lot of further work. So let’s wait and see how they all balance out.