Pitivi non-linear video editor just got leaner thanks to swapping its back-end, and acquired quite a few useful productivity features.

The team started working on porting Pitivi to GStreamer Editing Service (GES) nack-end in 2011. Was it actually worth spending two years on it?

In comparison to Gnonlin, GES has a better designed architecture, and since it’s basically a complete SDK to create non-linear (video) editors, this makes it possible to reduce further development efforts on Pitivi’s side. Jean-Francois Fortin-Tam and Thibault Saunier explained all of that in greater details last year at GStreamer Conference 2012.

Two years is a more or less expected timeframe for such an undertaking. E.g. OpenShot’s new library has been in the works for two years as well now, and a release of OpenShot that would use it is still pending. 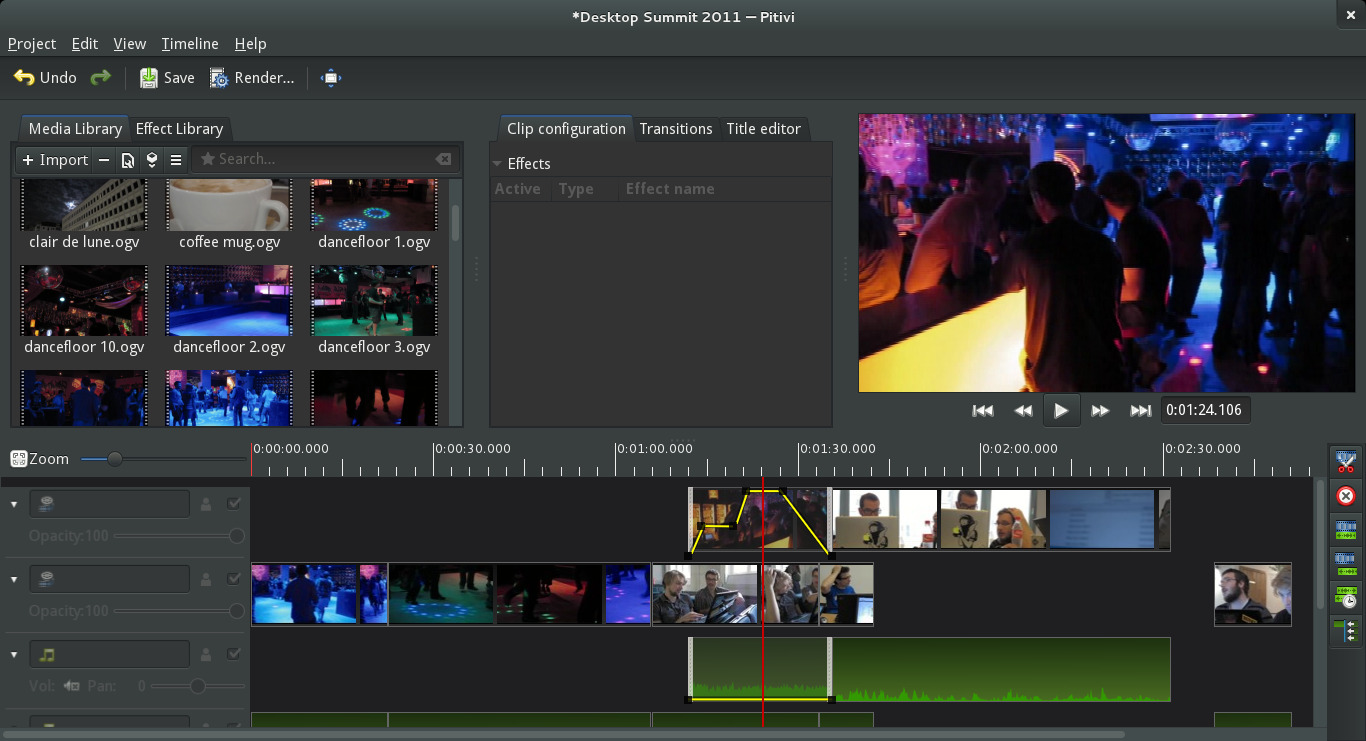 So, what’s new in Pitivi 0.91? Here’s a quick list of the most interesting changes:

On top of that — tons of cleanups in the user interface, bugfixes, and all sorts of smaller improvements.

The project also successfully participated at Google Summer of Code 2013. The work by Mathieu Duponchelle (cleaning up the GES port) is already part of this release, same as new waveform renderer by Simon Corsin. Simon’s layers management code will be merged later though.

The latter also applies to the two other GSoC projects: basic proxy editing (Anton Belka) and slowmo effect (Joris Valette). As a matter of fact, here’s a demo of slowmo for GStreamer. On the video below the left part is what regular time stretcher does, and the right part is what the slowmo effect does.

The plugin for Gstreamer that implements slowmo effect was written by Mathieu Duponchelle and is based on Joris’s GSoC work.

For more information about the new version please read the complete release notes. You can download source code of Pitivi 0.91. If you are missing latest packages to build it, there’s a handy build script to use.