The new library makes use of some features of pre-existing JACK audio server such as dvanced connectivity.

In a nutshell, Patchfield reuses the cornerstone idea of JACK — creating standalone applications for audio generation and/or processing and connecting them in a patchbay.

Patchfield is already reported to work on various devices like Nexus 7 and 10, and the code is available on GitHub under terms of Apache 2.0.

It might sound like great news, but not everyone shares the sentiment. First of all, in terms of performance Android is still not such a great OS for audio processing. Granted, Google finally started doing something about it recently:

But then again, there’s this notion that JACK is full of overdesign anyway. Among people who are not particularly fond of it — Paul Davis, one of its main developers.

In the past few years Paul revisited his views on audio processing, and he’s now gravitating towards the idea that the host/plugin architecture is robust enough to handle even complex audio graphs.

For instance, in June this year David Robillard already demoed a version of Ingen, an LV2 plugins host, that provides advanced connectivity between audio processors while being an LV2 plugin itself. 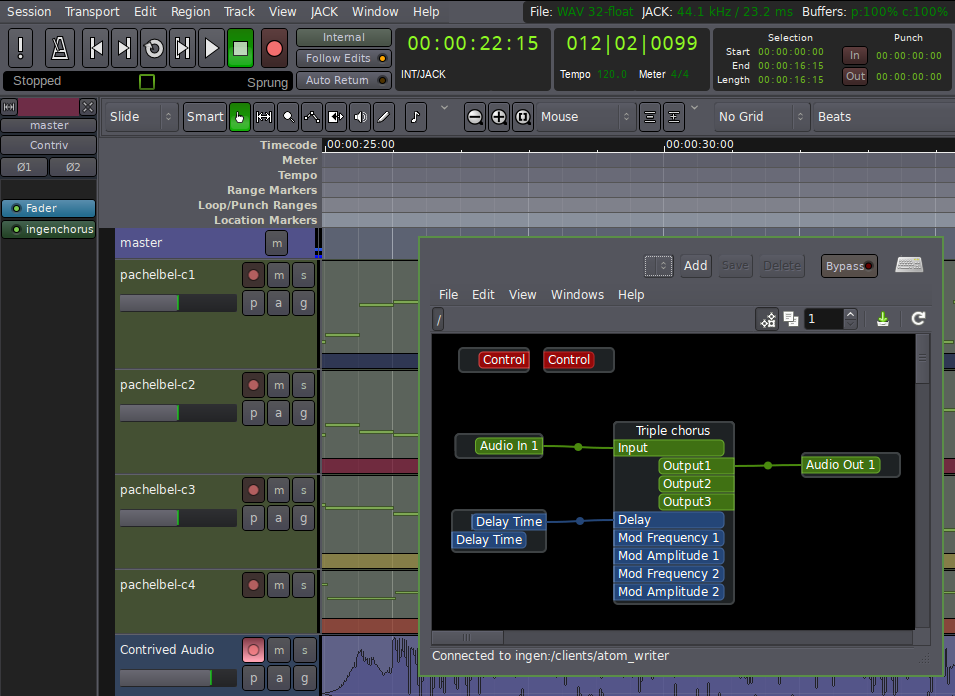 In other words, the fact that Google’s developers are finally working on advanced audio features is great — it’s not as if we had a plethora of great apps for musicians on Android. Yet it’s not quite clear whether Patchfield is going to make a lot of difference in the long run.